Favourite Miscanthus for Garden Use 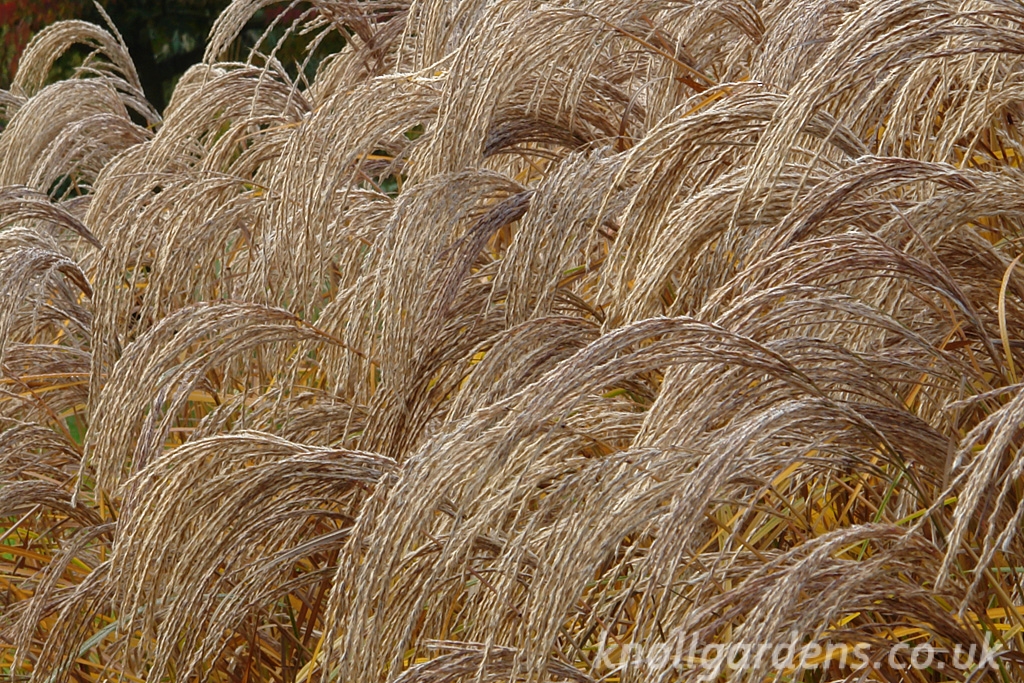 Miscanthus are a great group of ornamental grasses that can do brilliantly in our gardens giving lots of pleasure and requiring very little work in return. They are many of them and, inevitably, I have some favourites; those that stand out as being especially effective or useful.

Miscanthus are really known for their fabulous displays of flower that will cover the foliage with a mass of sometimes bright, sometimes subtle, colours from high summer onwards. But it is not just the fresh flower that makes them so effective as garden plants but the texture of those flowers that last for so many months after the initial colour has faded. Take a look for example at the picture above of Miscanthus Flamingo. Known so well for its masses of delicately pendulous pink flowers, the incredible texture and subtle colourings once the inital flush of bright colour has passed is scarcely less attractive; and remains so for many months into the winter. 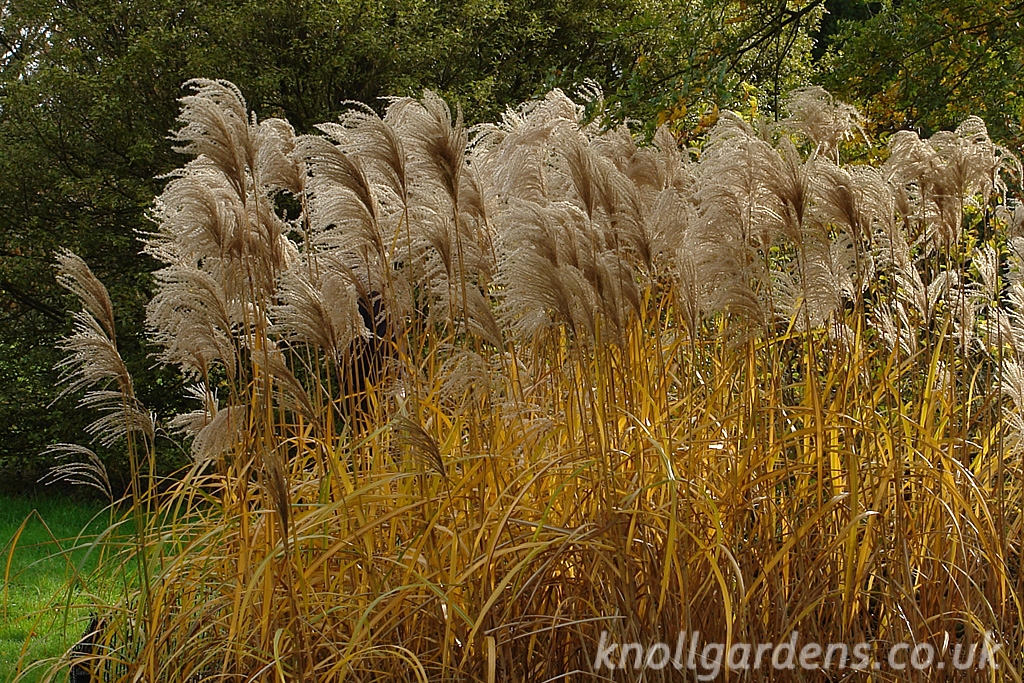 Taken only last week at the recently replanted and rather fabulous Centenary Borders at the Hillier Arboretum (which use a lot of ornamental grasses), the picture immediately above is of Miscanthus Malepartus which, together with the picture below taken in my own garden at Knoll earlier in the summer, demonstrates quite vividly how grasses in general and miscanthus in particular can change their colour and effect as the season progresses. Not only is this beautiful of itself, it is something that us gardeners can use to our advantage to make our borders more exciting by keeping in tune with the seasons. 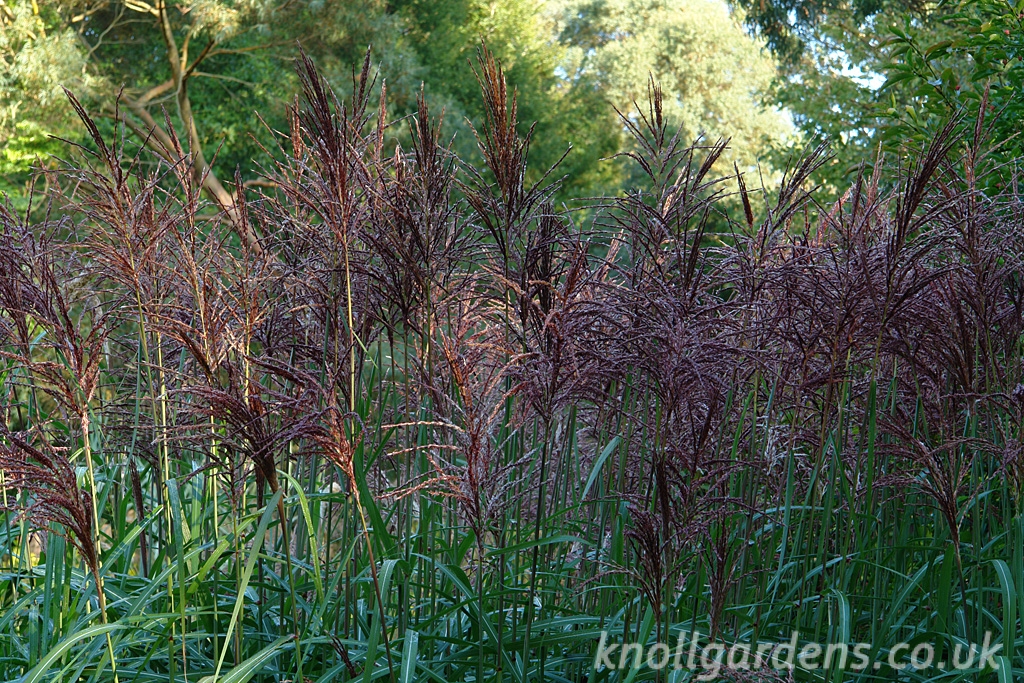 While Miscanthus Malepartus has a commanding presence it can be a little too large for some situations which is where Miscanthus Ferner Osten comes into its own. Being less tall and more rounded in habit it is almost the perfect choice where a medium sized miscanthus is needed. 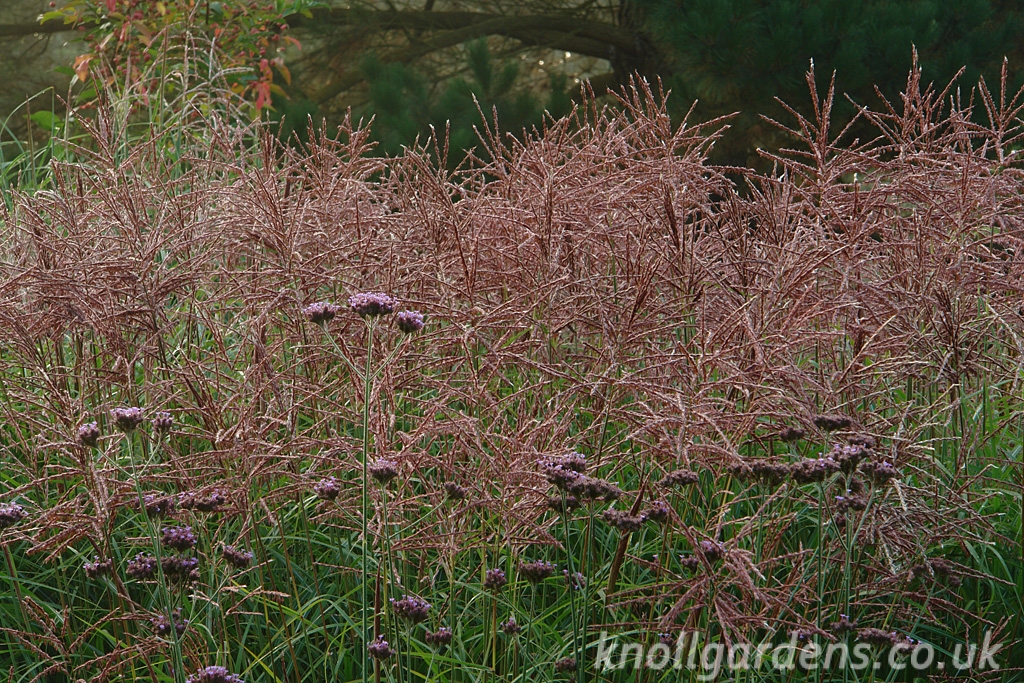 The pictures above and below taken in my garden at Knoll show Miscanthus Ferner Osten clearly demonstating the same chameleon like ability to alter with the seasons, though this time producing fiery shades of orange that make a perfect backdrop for the purple pin point like heads of Verbena bonariensis. 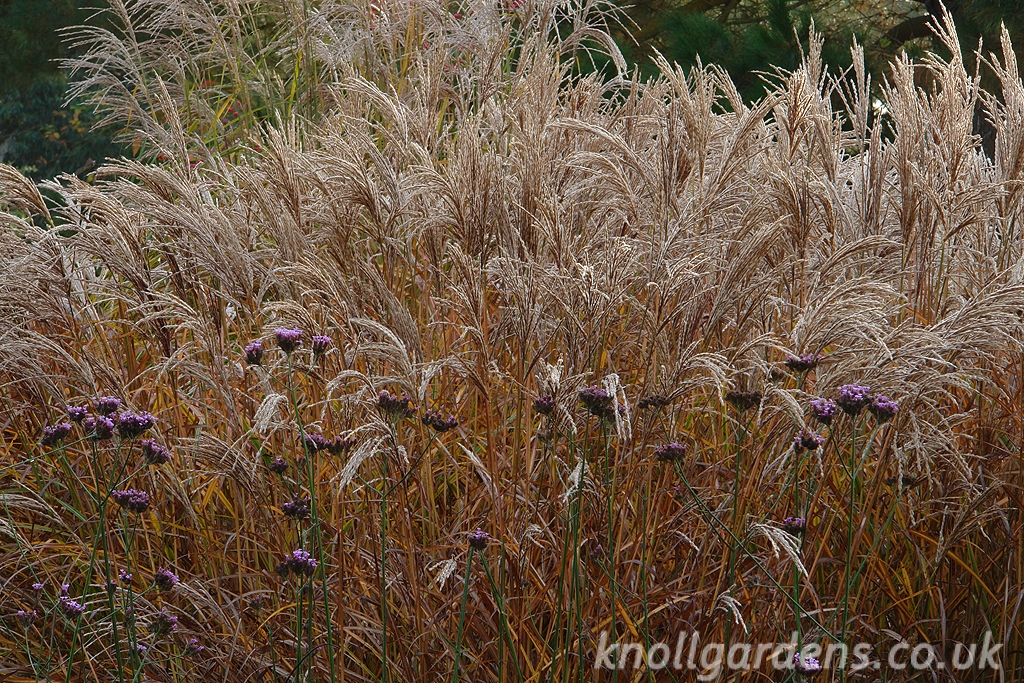 Of course Miscanthus Ferner Osten itself may be to large for many situations which is why we are especially delighted with Miscanthus Starlight. Introduced by ourselves only last year, it is about the most compact free flowering form yet available to gardeners and so invaluable for the smaller spaces where a free flowering grass is desired. Unlike most of the larger miscanthus which really need an open sunny position to do well the compact forms such as Starlight which actually tolerate some shade.
Ornamental grasses work so well when set against a relatively solid objects, and are especially sympathetic to natural materials such as wood. Again taken only a few days ago at the Hiller Arboretum the picture below shows Miscanthus Starlight looking perfectly suited alongside a rather lovely free flowing wooden seat. 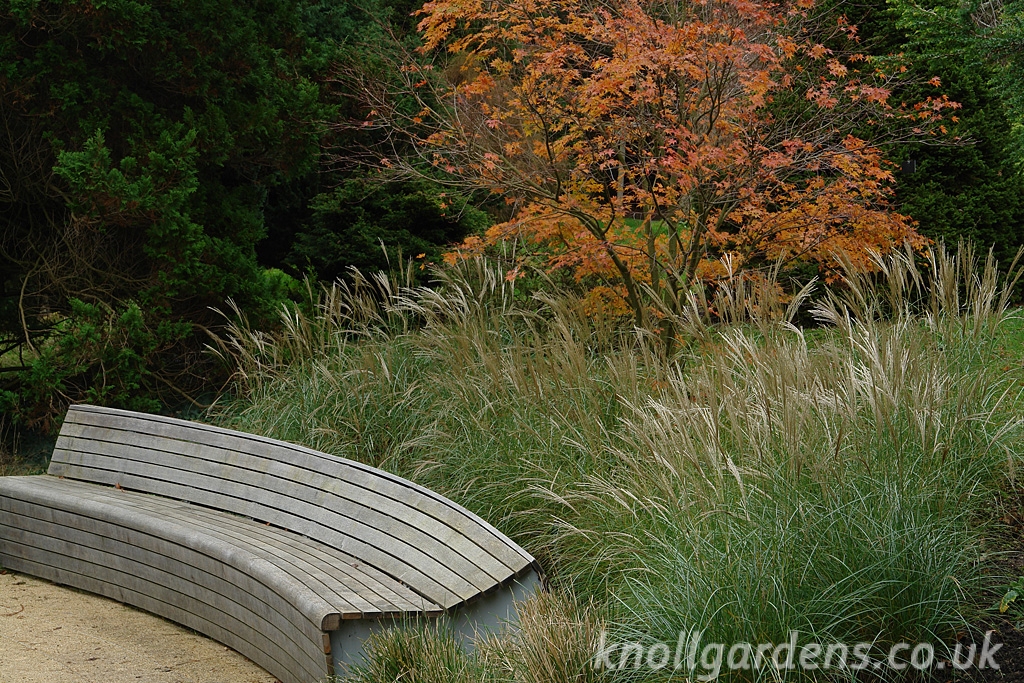 Having extolled the merits of seasonally varying foliage I feel I should mention Miscanthus Morning Light whose name can so aptly describe its effect when used well in the garden to provide lightness and delicacy set against more solid companions. Here Miscanthus Morning Light is used at East Rushton Old Vicarage to telling effect. The lightness comes from the narrow foliage having a delicate fairly white variegation, while its particular character comes from its elegantly upright vase like habit of growth that is almost unique amongst this wonderful group of ornamental grasses. 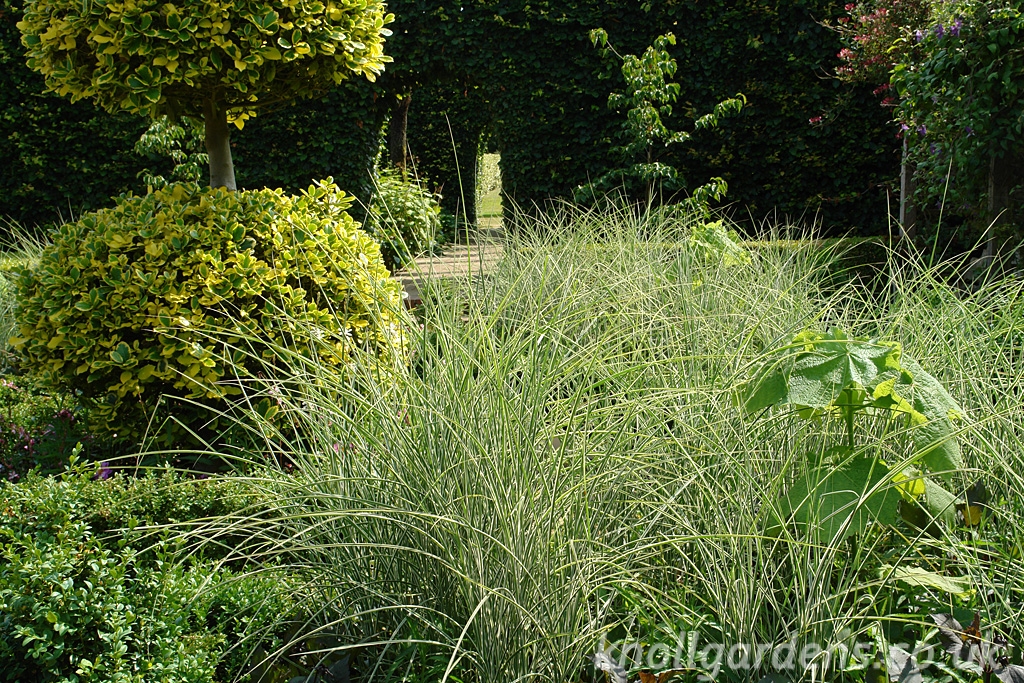