Most golden leaved plants, including shrubs and perennials as well as grasses, can scorch in strong sunshine and so are for the most part best grown in slightly shaded situations where they excel at brightening up often dull and hard to fill spots. Several, such as luzula and carex for example, will also be quite happy in moist and sometimes wet soils. 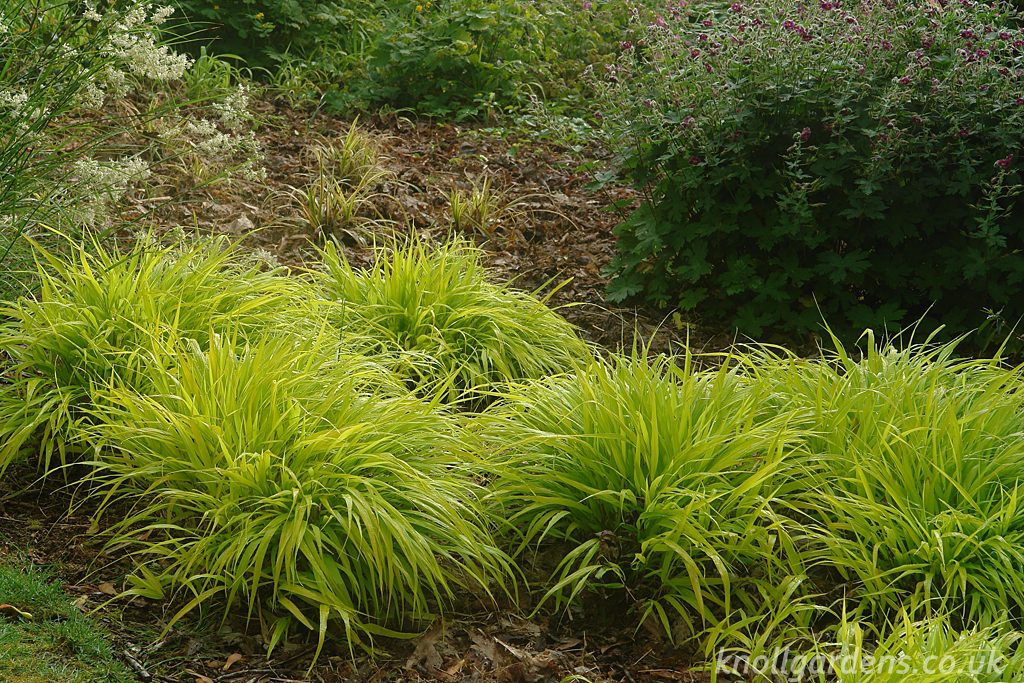 Hakonechloa All Gold (above), while not liking wet or damp soils, has the most wonderful elegantly elongated golden yellow foliage that is quite superb in shady spots and also makes a really fabulous container plant. We grow it in both pots and in the garden and it does beautifully in both situations. Hakonechloa Aureola (below), is not entirely golden as it has a green and yellow variegated leaf but it is equally elegant and possibly a little quicker to establish than All Gold. It is one of the few that is quite happy in sun where the leaves are a bright golden yellow but is equally at home in shade where the foliage colour is a softer yellow green. 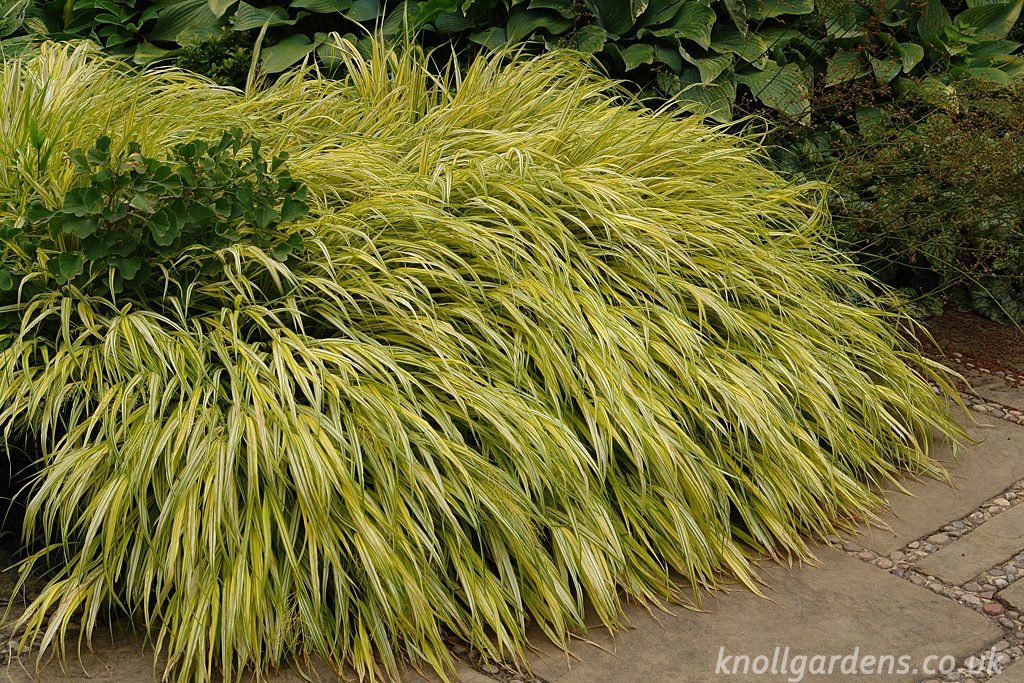 Luzula Solar Flair (below), is a really lovely seed raised strain that is as tough as any other luzula and has bright golden yellow foliage that is especially bright in the spring and early summer. It is fine in relatively dry soils but is really good in damp to even wet soils. 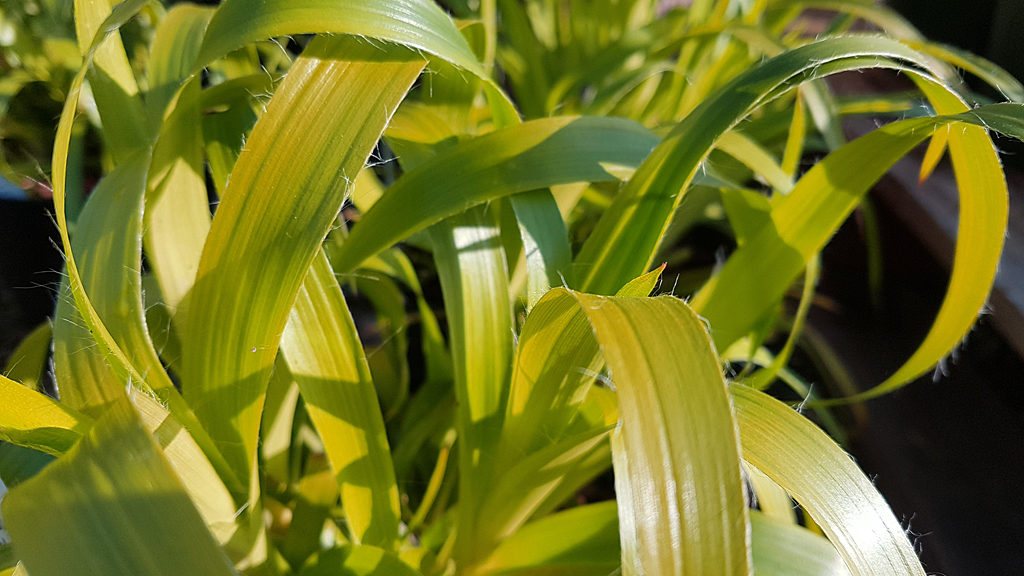 Carex are also pretty tough customers when it comes to difficult conditions in the garden including both dry shade and damp shade. Carex elata Aurea (below), is a very popular form that looks at its absolute best in spring and early summer and will even tolerate being grown in marginal pond conditions. 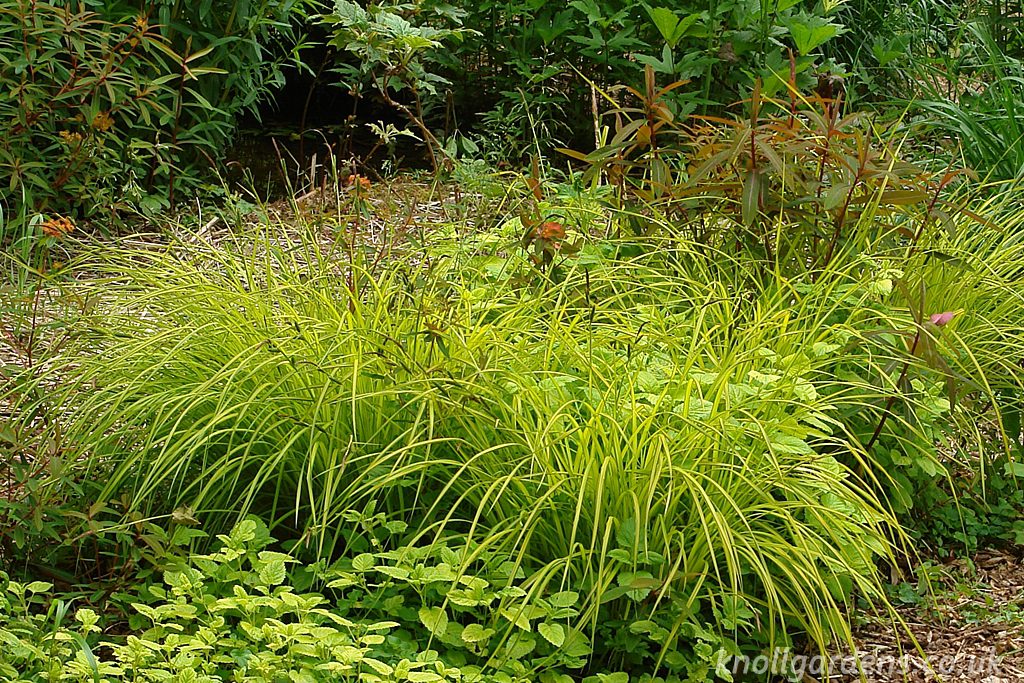 A more recent selection that is proving to be a first class plant is Carex Everillo (below) whose evergreen foliage can take on a more burnished hue during the colder winter months. Best in shady spots though it will take some sunshine, it is good in most kinds of soil including damp to even wet. We have a lovely group in the Stream Garden (below), which has not had an off day since they were planted some years ago. 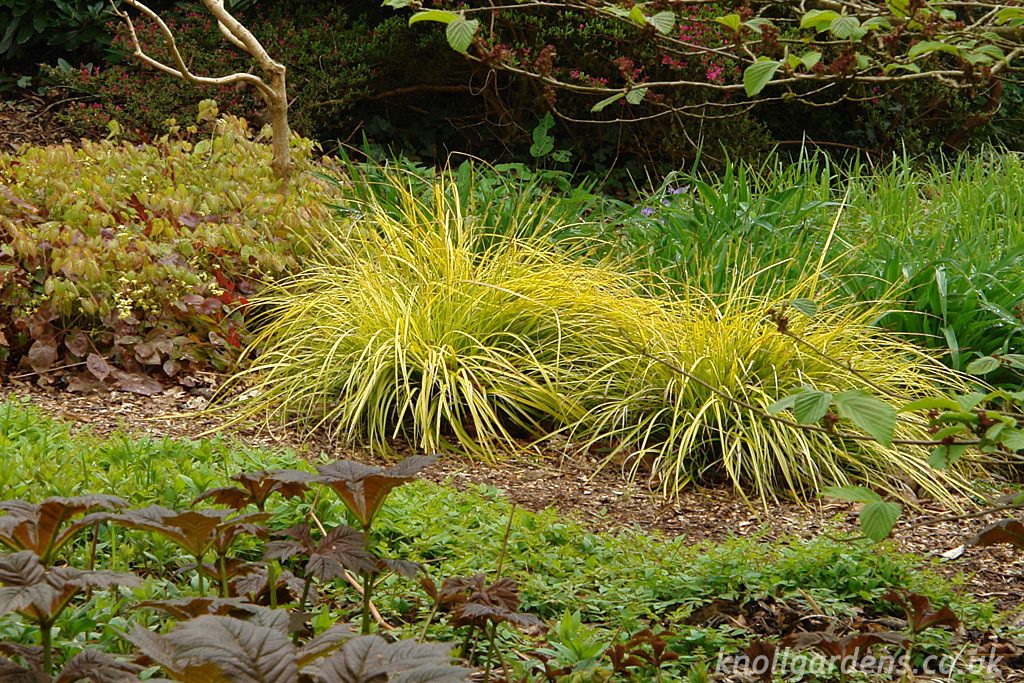 Acorus Ogon (below), is possibly not used as often as it should be for its quite wonderful delicate looking but tough golden yellow and slightly green variegated evergreen leaves. It tolerates dry but is quite magnificent in wetter conditions where it makes wonderful cover. 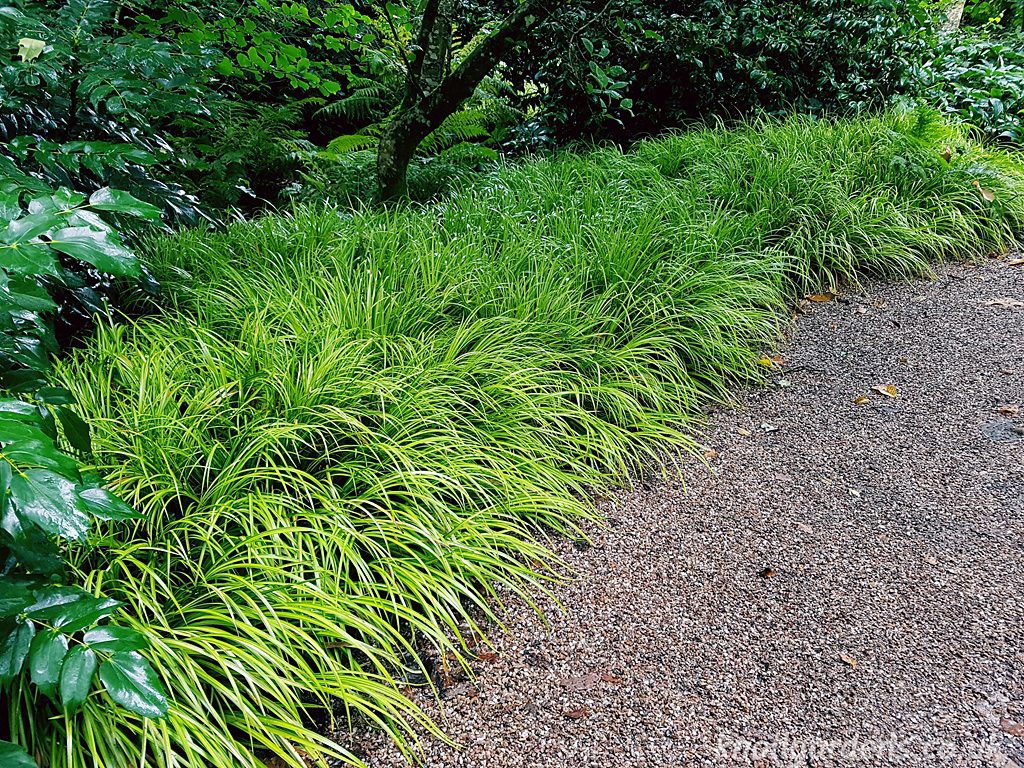 While Milium Yaffle (below), is not actually golden so much as green with central yellow striping,  the overall effect is very light and airy and is especially great at dry and shady places, and would not be too happy in damp soils. 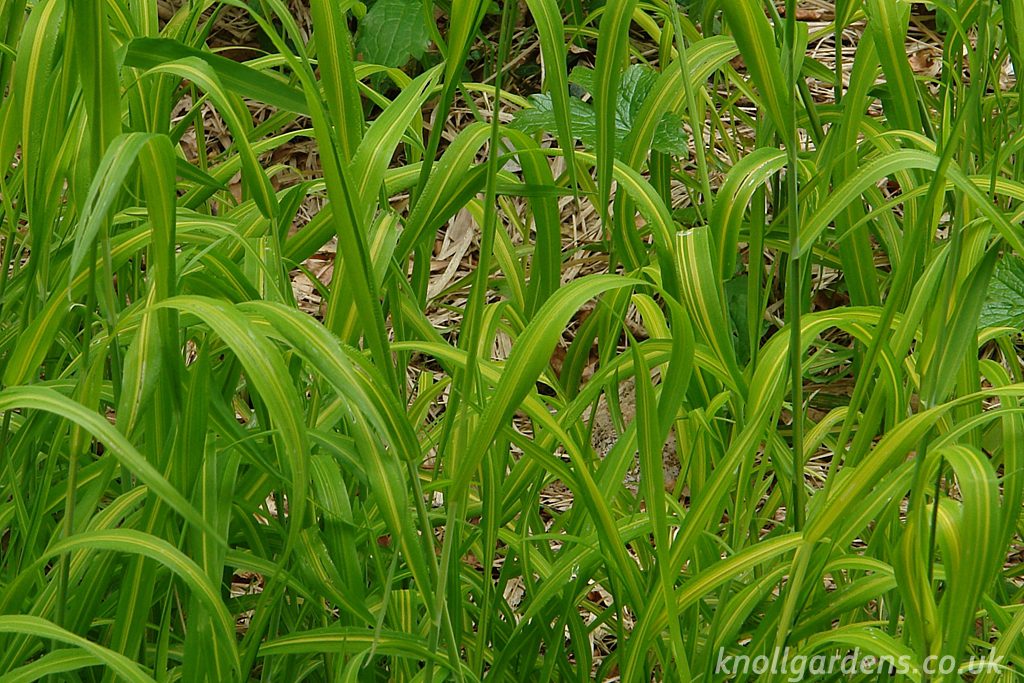