The value of ornamental grasses in our gardens is becoming well known, but their use as simple highly effective and rather beautiful informal hedges, or space dividers, might not be so obvious.

Grasses happy combination of unique form and line can be used so easily to create tall or short internal screens or hedges that flower beautifully, move in the slightest breeze, and need next to no looking after during the busy summer months.
There are many ornamental grasses that will lend themselves sucessfully to such treatment but in this blog I am highlighting three different grasses that I think work especially well as informal hedges; a calamagrostis, a miscanthus, and a pennisetum. 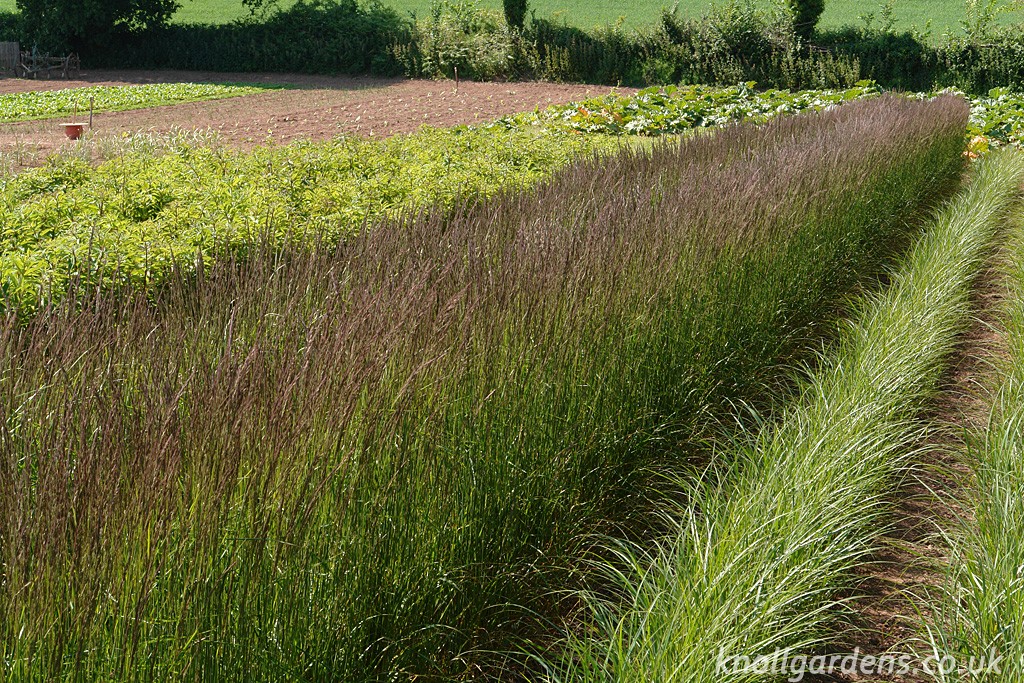 Calamagrostis Karl Foerster is a deservedly popular grass grown for its garden worthiness and ease of use as well as its simple beauty, and if you are after a taller hedge then this grass has to be about the very best of choices. 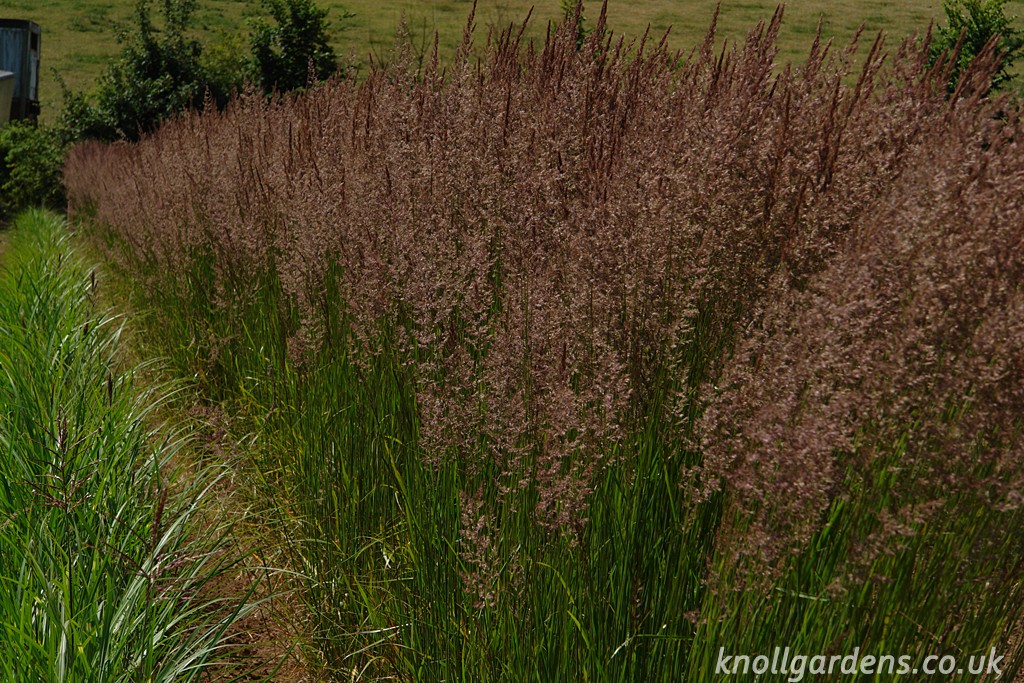 It is one of the ornamental grasses that starts into growth quite early in the year and by midsummer established plants produce an amazing sheaf of narrowly upright stems and flowerheads which are initally a dark reddish purple before fading to their trademark beige. While the flowerheads are fading to beige the basal growth tends to remain green though finally as the season progresses the whole plant turns to warm tones of beige and brown.

As with all ornamental grasses it is not just their individual beauty that makes them so effective in our gardens, it is their ability, when used together, to produce a sensuous almost constantly moving shape that many of us find so alluring.

Simply plant these ornamental grasses in a line; and the result is a constantly moving dynamic hedge.

Moreover they do this all winter as well as through the summer which is another reason why they are so successful in our gardens. The faded stems of Karl are scarcely less attractive during the winter than they are in fresh flower colour in summer. They are effective over such a long period which has to be great news for busy gardeners!

Below is an informal hedge planted at the Chicago Botanic Garden of Calamagrostis Karl Foerster used quite well spaced so the screen is not quite continuous but nonetheless very effective acting as a backing to the roses, as well as a partial screen for the view beyond. 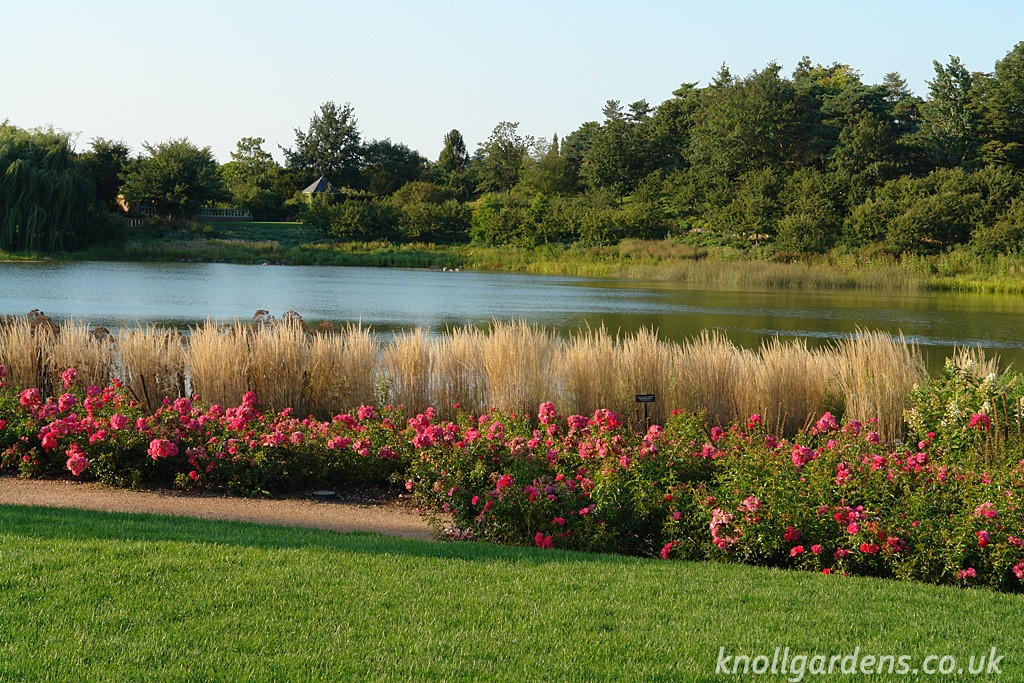 With a similar generally upright habit but less columnar and shorter is Pennisetum Fairy Tails. Like all fountain grasses Fairy Tails demands full sun and well drained soils but when happy its combination of healthy clumps of green basal foliage and masses of enthusiastically produced delicate looking flower is difficult to beat. 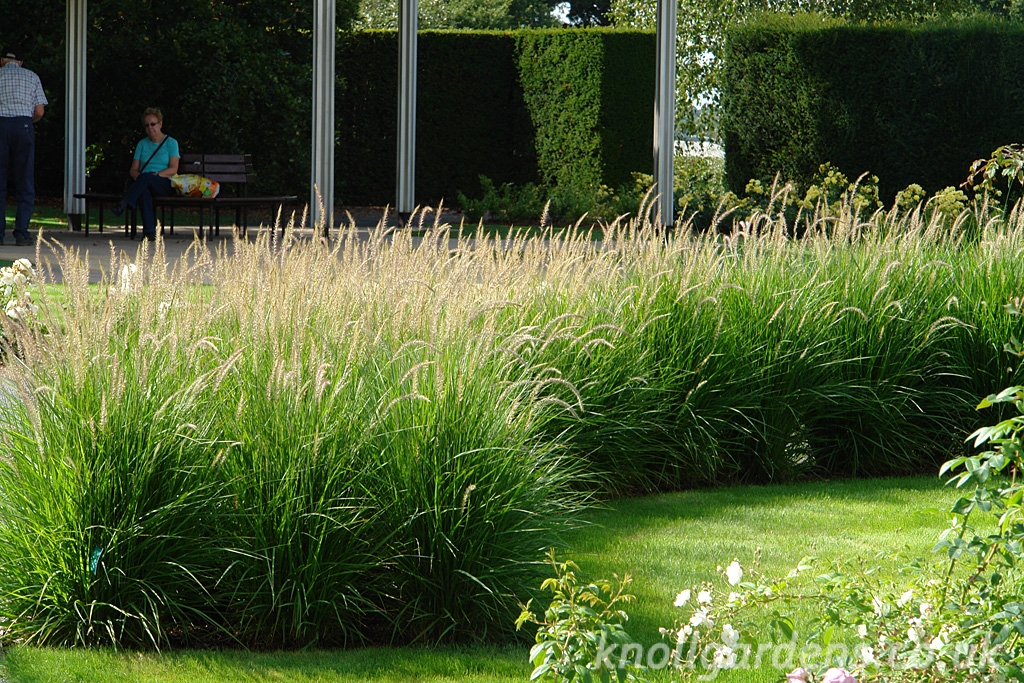 At the RHS Garden at Wisley in Surrey it has been used as just such an informal ‘divider’ to telling effect in the new Rose Garden. Providing division and interest by way of flower shape and movement for many months of the year.

No staking, no deadheading and no spraying required; like all deciduous grasses just cut back to the ground in spring and then watch them grow! 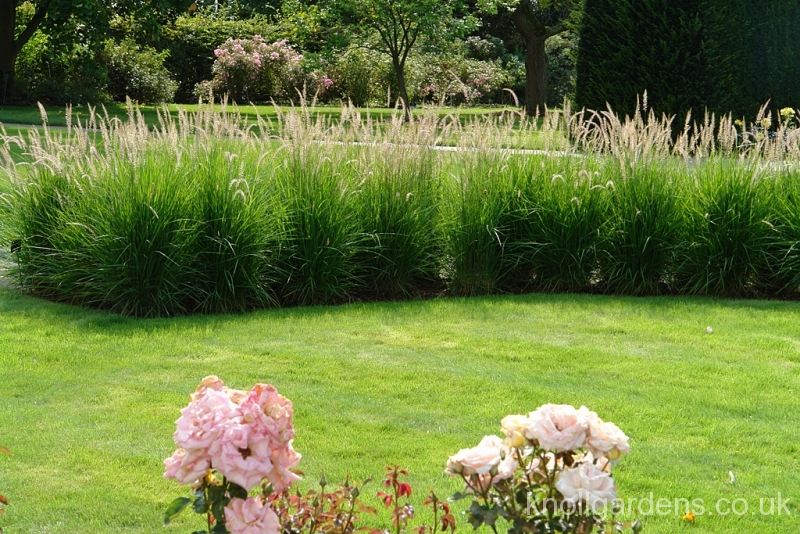 For a different shape again then Miscanthus Starlight will grow in sun or a little light shade and is less fussy about soil than the pennisetums. Only relatively recently selected at Knoll Gardens for its rounded shape and masses of flowers this compact miscanthus has a very distinct character that is as evident when used as a hedge as when planted in the general border. Miscanthus leaves are a little tougher than many other grasses, making them especially useful if you wish to discourage ‘pushing through’! 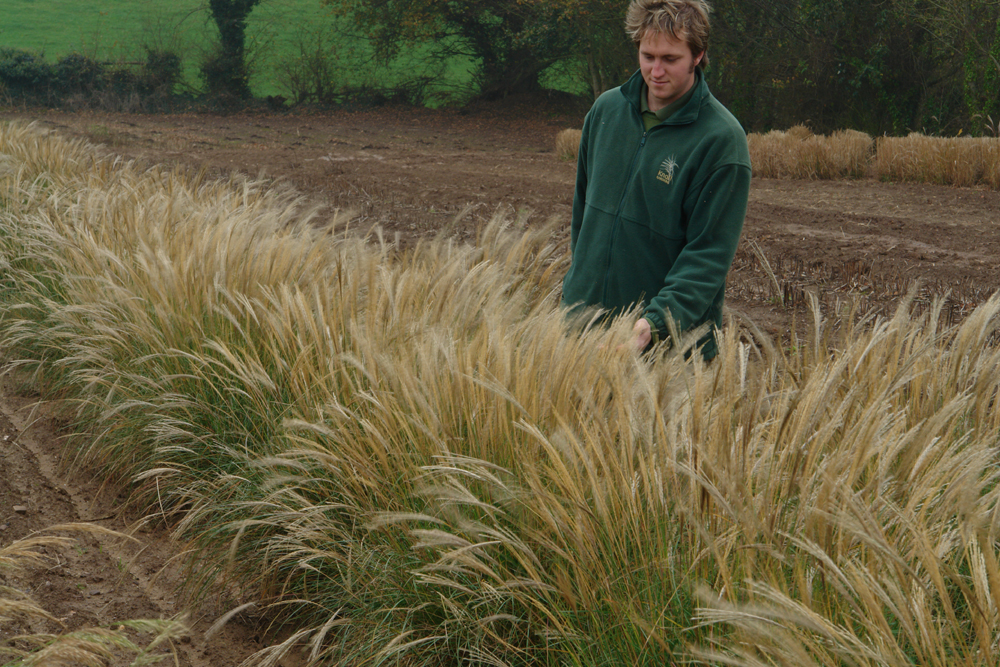 There are many ornamental grasses that will act as an informal hedges or space dividers. Our native moor grasses for example also make great informal dividers especially the tall purple moor grass Molinia arundinacea and its cultivars. The only possible drawback compared to the three star performers above is that molinia will often collapse under their own weight by February whereas the others will last until they are cut down. Molinia Breeze (another Knoll Gardens introduction), in the picture below taken at the Hillier Gardens is making a wonderful airy semi transparent screen at around 2 metres in height.

Beauty and utility……grasses make great hedges. Simply allow about half a metre distance apart when planting and you will have a hedge! 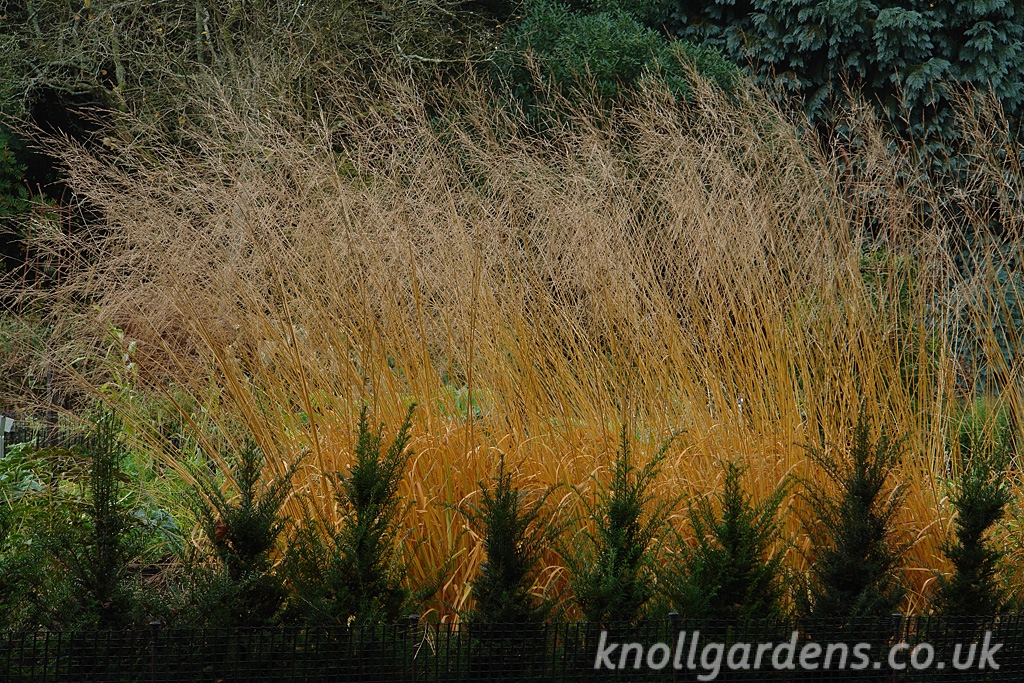