Looking After Your Grasses

With the coming of longer days and warmer temperatures this is the time of year when some key maintenance is needed in order to ensure that your grasses are kept happy and are ready to provide another long season of display.

Early March is about the time when we start our annual ‘spring clean’ (image below), which at least for the large deciduous group revolves mainly around the cutting down and mulching of the borders. 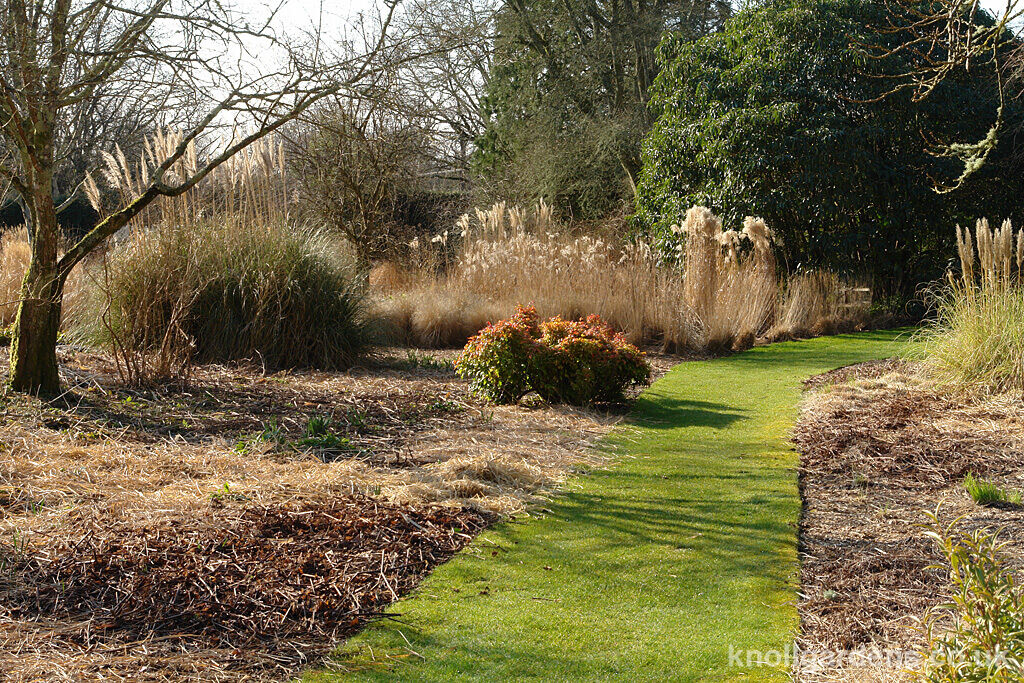 Most grasses need little attention and are pretty easy to please; but it is important that you know to which group your grasses belong as the care they need depends very much on which type they are. There are the evergreens which are characterised by being generally more compact and foliage based (such as anemanthele, carex and luzula), and there are the deciduous group which tend to be the taller wow factor flowering types (such as miscanthus, molinia and pennisetum). There is also a smaller group which we term as being semi evergreen. In warmer climates these would be virtually evergreen but in our often damp and mild climate of the UK they behave almost as a deciduous grass and can be treated much the same way when it comes to the annual attention.

For more info on care of all three groups take a look at our online gallery How to Look After Grasses.

The wow factor deciduous grasses tend to be used in the open and sunny areas of the garden often in association with perennials as they will accept the same kind of care – which makes the annual maintenance that much easier! Without exception all deciduous grasses can be cut to the ground each spring. While many will stand intact for the winter months the old stems effectively died at the end of the year and so the task is simply to remove the old growth to make ready for the new shoots to come as the plant wakes up. Traditionally all the old growth was removed from the borders and composted and while this is still fine it is often labour intensive, especially for larger areas, and so we now prefer to leave the old stems on the borders to act as a mulch. We use a powered hedgetrimmer to cut the stems into smaller sections but you can use whatever is convenient to do the work. Take a look at this link to see Luke our gardener in action cutting down the Decennium border. 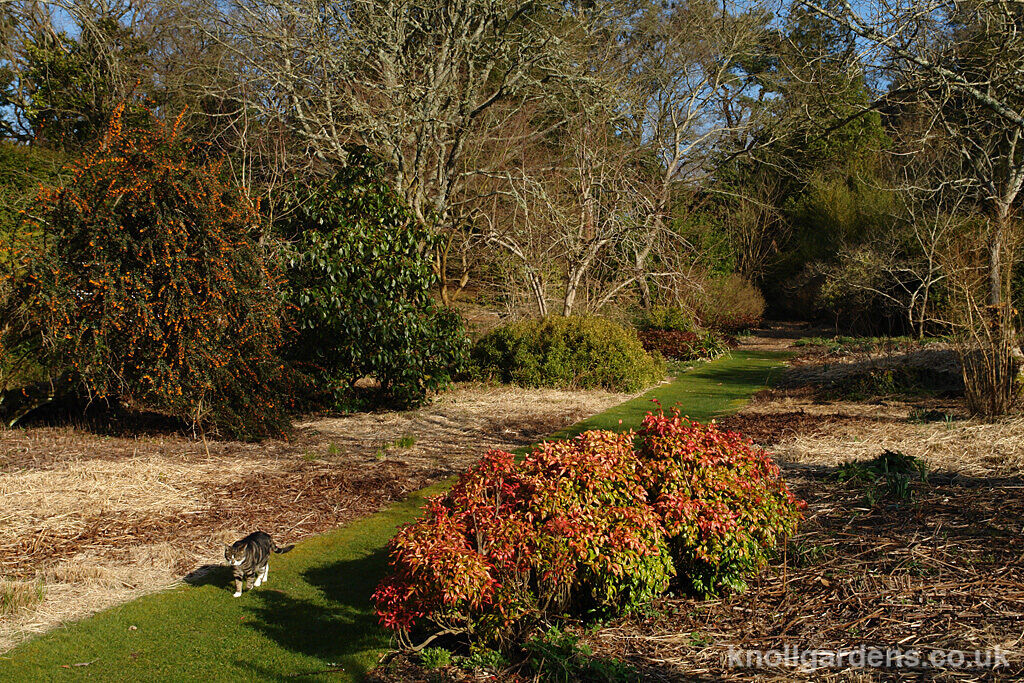 While the fabulous displays of the deciduous group are effective in the garden for a very long period when they are cut back, as you can see from the image above, there is not much interest other than a textural pattern of the different stems on the surface. This only lasts for a short while until the plants regrow but nonetheless this is the time when the value of the woody plants becomes very clear as they provide the permanent framework that is so essential to a successful garden. Foliage shrubs such as Nandina Firepower in the foreground are an excellent choice but this is when so many of the spring flowering shrubs and trees come into their own (such as the orange flowered Berberis stapehillensis above and Camellia Donation below), as they provide flower and interest while the grasses and perennials are preparing for their later season display. 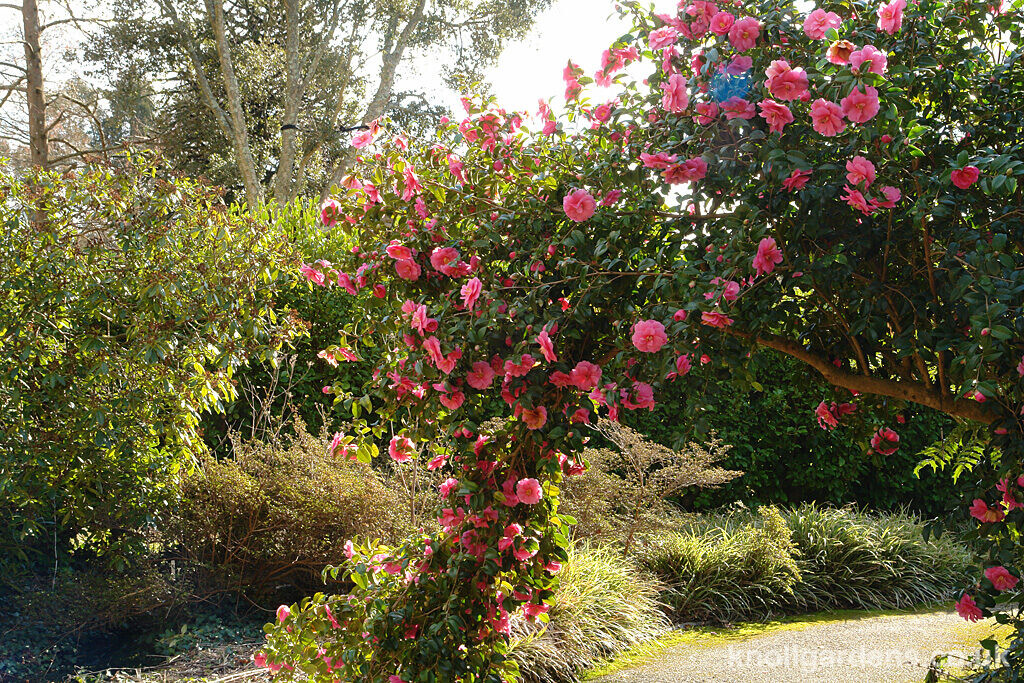 The evergreen group are arguably easier to look after as when happy (as with this group of Carex Evergold in the image below), they need virtually no maintenance other than perhaps the removal of excess leaves from nearby deciduous plants and associated debris from the winter. If the foliage of evergreens becomes rather tired looking then most can be cut back quite hard but this must be done when they are actively growing say from April through to July. They can react badly to being cut when they are not in active growth. 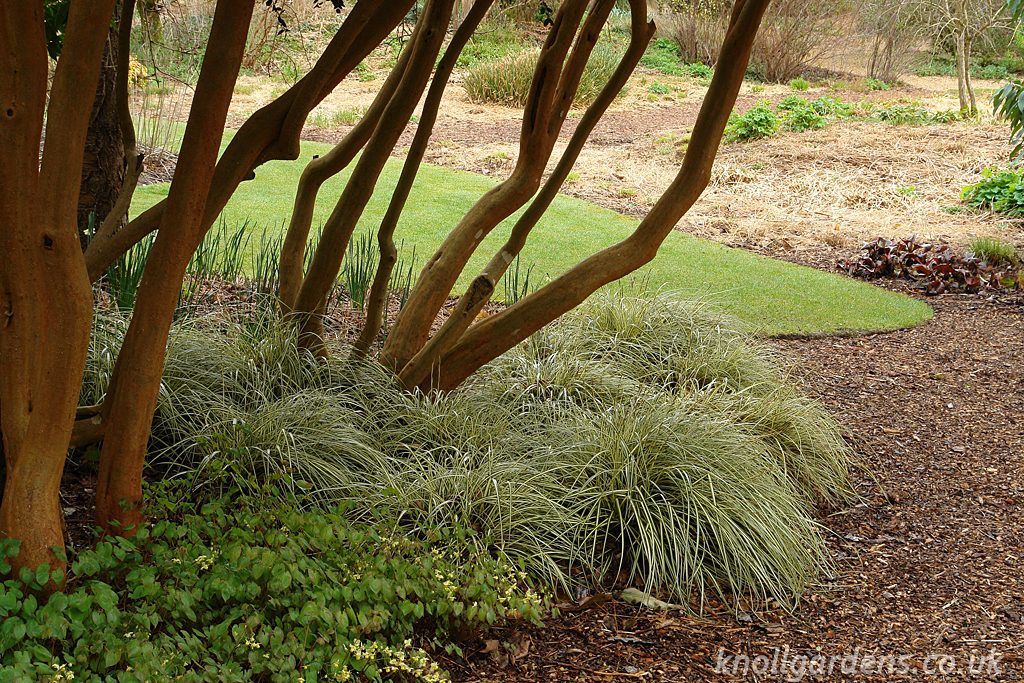 Many of the evergreens tend to be happy in shady and dry or even shady and wet conditions and so will do well in positions that the deciduous group would not. This quality is especially noticeable at this time of year when, with the deciduous grasses cut down, the evergreens can make a significant contribution to the garden scene such as we have with Carex Everillo in the Stream Garden (image below). 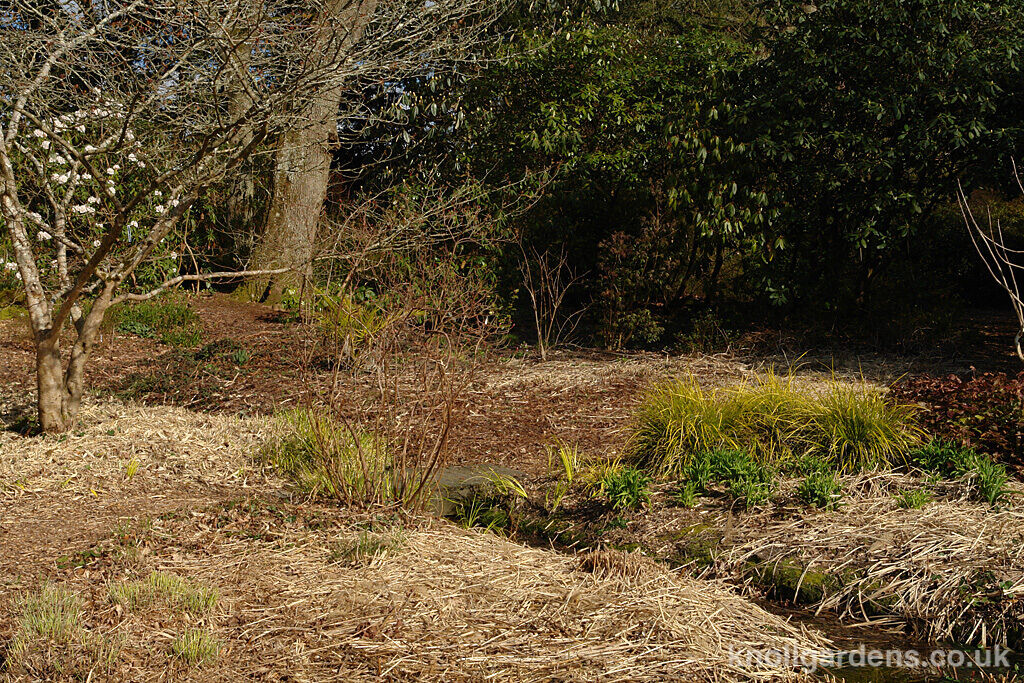 The third smaller group of semi evergreens includes those like Poa labillardierei, Leymus and Elymus that do not fully die down in our mild and damp climate and might therefore not need cutting back. However after most winters the foliage can look very bedraggled in which case they will accept being cut back as for the deciduous group.

Our new Dry Meadow was only planted last spring and has Poa labillardierei as its base grass. Given the dry and sunny conditions of the area it has remained green for the winter and so as an experiment we have just cut down all the deciduous grasses and perennials but have deliberately left the poa intact (image below), to see how they will perform this summer. They are looking pretty good at the moment but this is an experiment and we are guessing that we might need to cut a percentage of the poa back hard over the course of the summer…..we will see what happens! 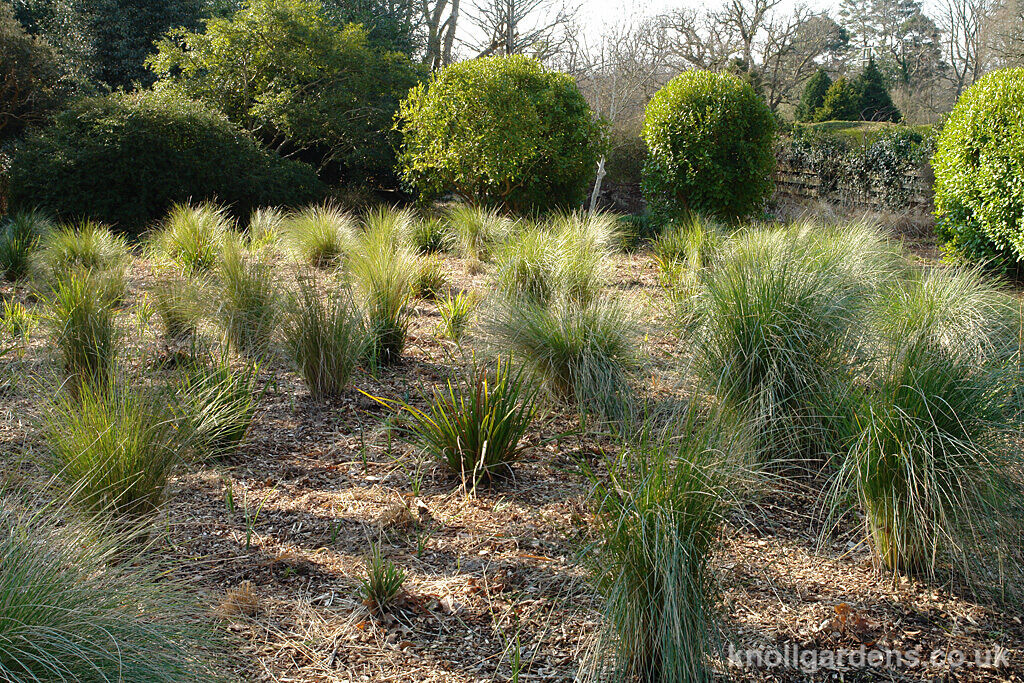