Even though we have not had significant rain for a little while and our gardens sandy soil is getting increasingly dry our team, consisting of myself, Luke our gardener, and a group of our Foundation volunteers successfully planted our New Meadow over 2 days on the 10th and 11th of July. 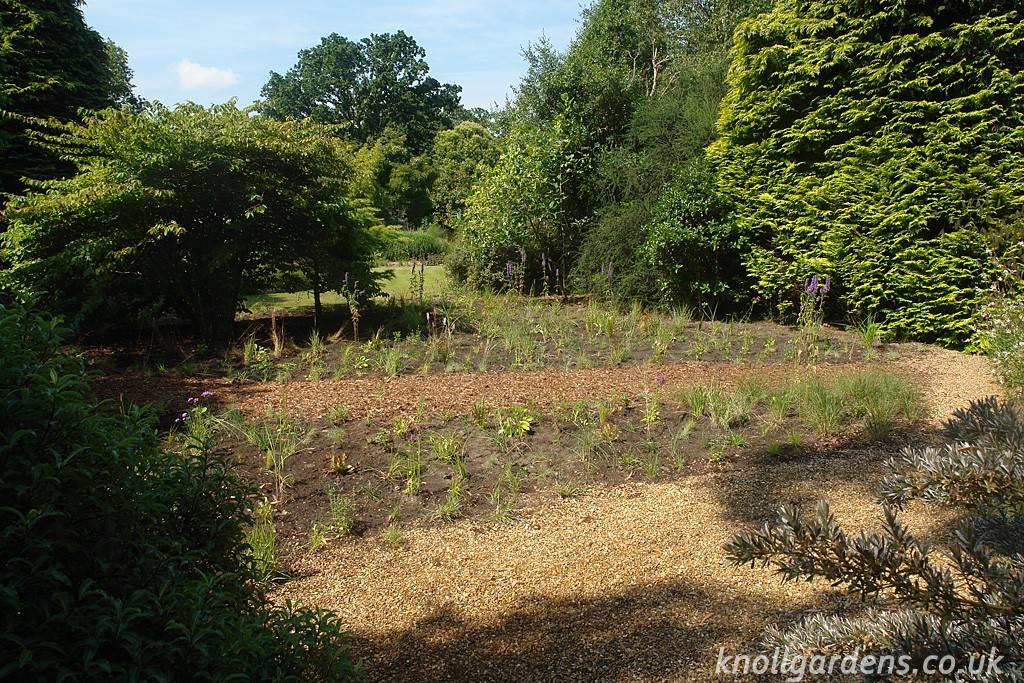 Using the term ‘meadow’ tends to conjure up am image of extensive rolling acres that is well beyond most us to even begin to consider as a feature for our gardens. But in fact the word meadow can be taken to mean simply a generally open grassy place and so, quite usefully, can be used to describe small spaces of even just a few square metres that consist primarily of grass. In this way even the smallest of gardens could have space for a ‘mini meadow’ of some sort.

Like so many gardeners who have a love for the natural world, I have always been entranced by meadows and what they represent by way of an aesthetic and wildlife value. I have always wanted my own meadow but the garden at Knoll is already well planted and there is not much opportunity to create on the large scale. Seed is mostly the preferred method for creating a meadow for cost factor and practicality on a larger scale. But on a rather smaller ‘garden scale’ I have been fascinated for some time by the thought of planting a meadow (rather than sowing) and using garden plants rather than just native plants to populate it. As we learn more about our environment it is becoming increasingly clear that many garden plants have a significant wildlife value within our gardens and therefore that it is not necessary to use all native plants to create a ‘meadow’ that has the ‘wow’ factor for both gardeners and our wildlife. How we garden, the styles and attitudes we adopt, and the pesticides we do or dont use has an equally important bearing on our gardens value for wildlife.

As if conferring some kind of approval for our choice of plants the verbenas had only been in the ground for a matter of minutes before this Peacock butterfly (below) alighted to feed! 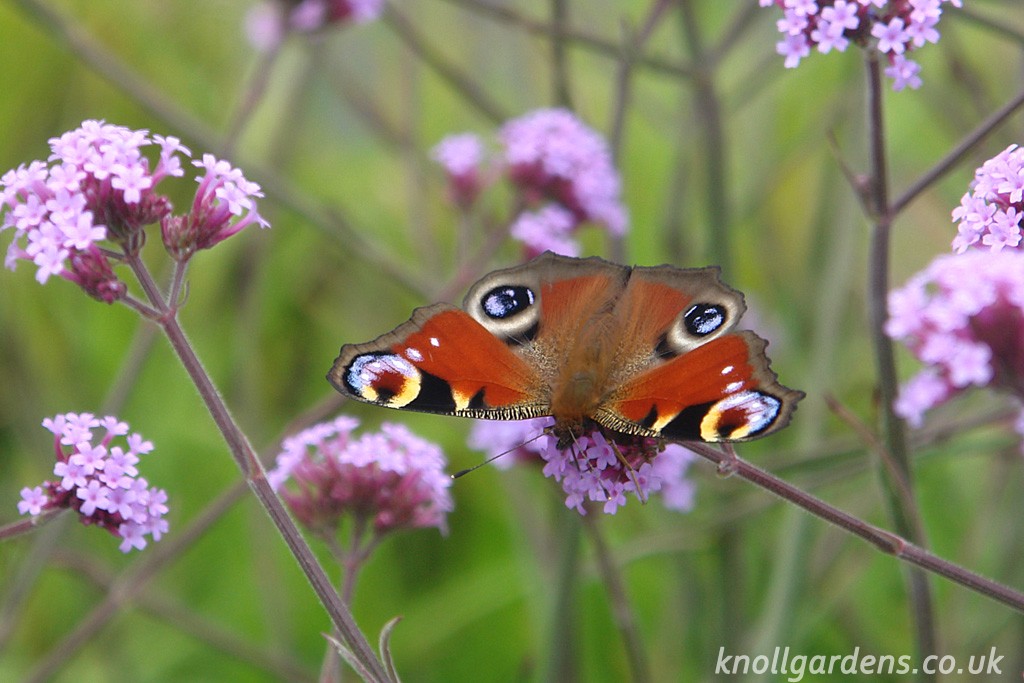 Our new meadow occupies the space where some old shrubs had been for many years and so our already poor sandy soil (see below) was if anything worse and so full of root that it took some considerable time and effort by everyone in order to get it clear enough for planting our meadow. 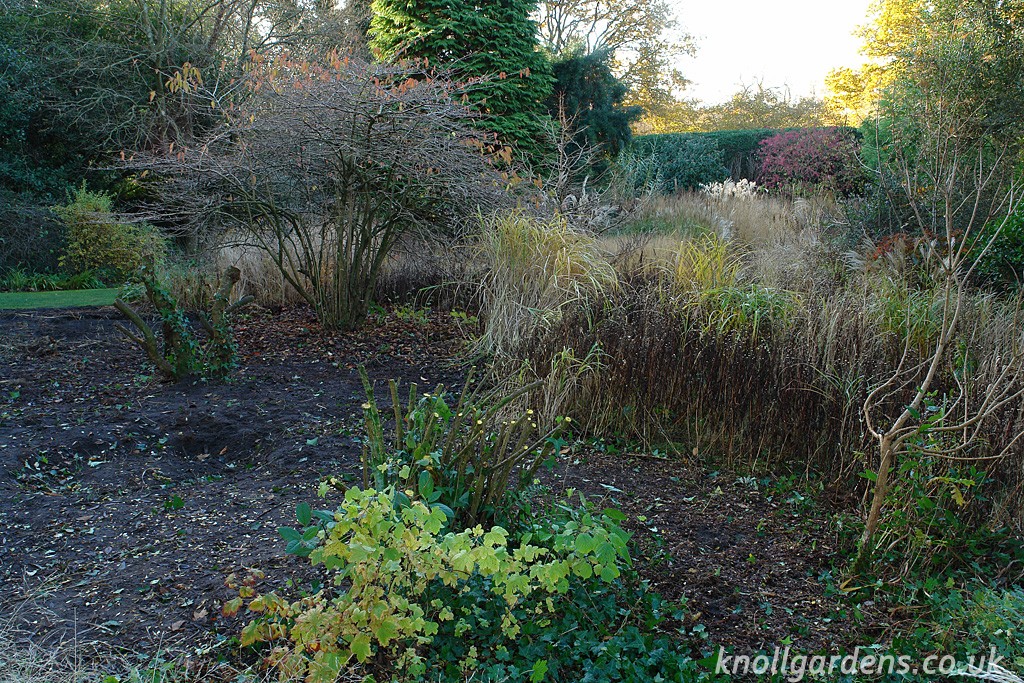 Choosing plants is all important and we have used several grasses, including some natives, to create the base of the meadow from which the more showy flowering plants will come through. It is certainly very important to have flowering plants for food available for as many weeks of the year as possible but it is equally important to have shelter and cover in order for our gardens to be sufficiently attractive for our wildlife to be able to ‘set up home’. This where so many of the grasses excel in covering the ground and providing habitat. Amongst the grasses we have used are Festuca rubra, Sporobolus heterolepis, Briza media,, Bothriochloa bladhi, Sesleria caerulea. Pennisetum Red Buttons, Pennisetum Shogun and Pennisetum Fairy Tails.

This is all something of an experiment for us and I will be watching closely to see how the different plants perform as they knit together and the meadow starts to form its own character. There is no planting plan as such just a list of plants that we have chosen and placed as randomly as possible over the whole area.

The New Meadow sits between the Gravel Garden and the Lower Lawn so that as you walk along the meadows cental bark path you can look out onto the Lower Lawn (below), and some wonderful Molinia Poul Petersen that help frame the view. 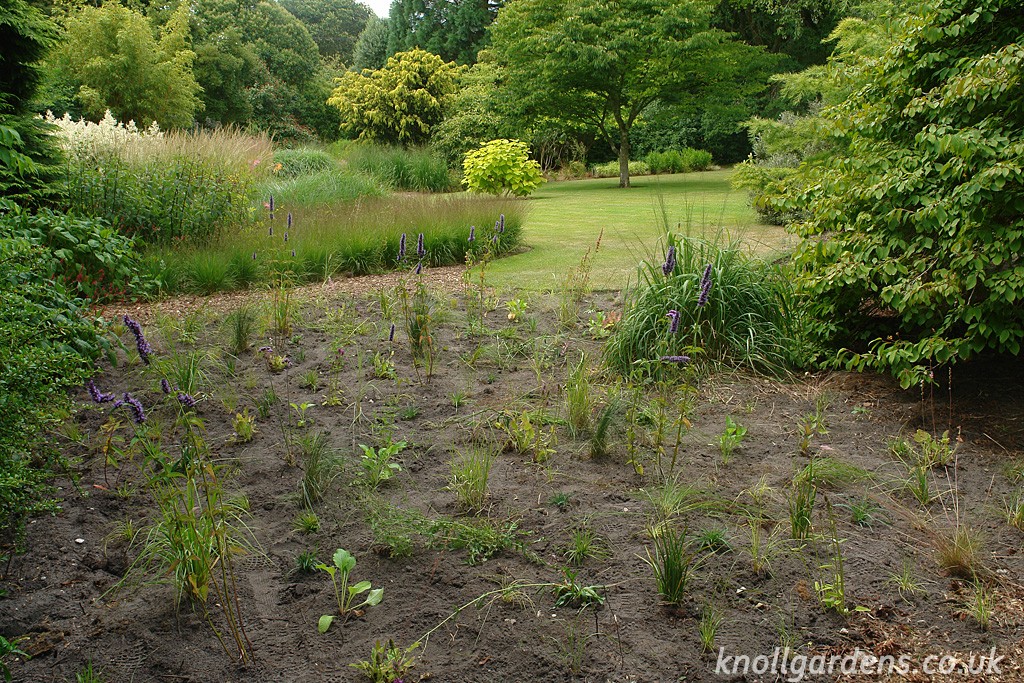 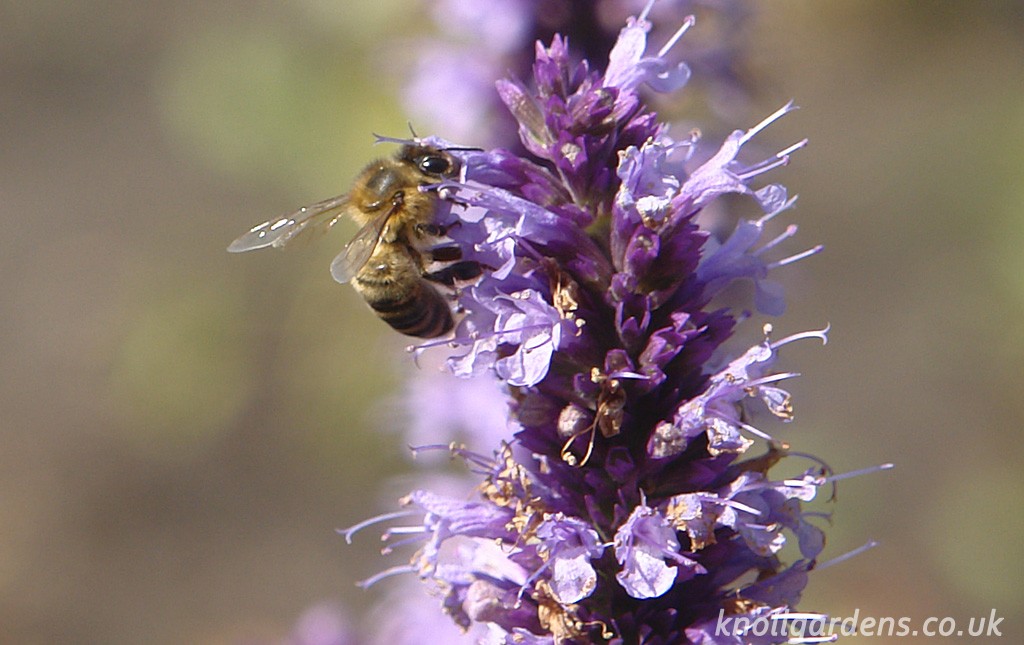 The gardens were hit badly by the February Storms when several major trees came down but we have found a great use for some of the smaller branches kindly left by the surgeons as the beginnings of our own bug hotel ‘situated conveniently’ at the end of our new meadow. 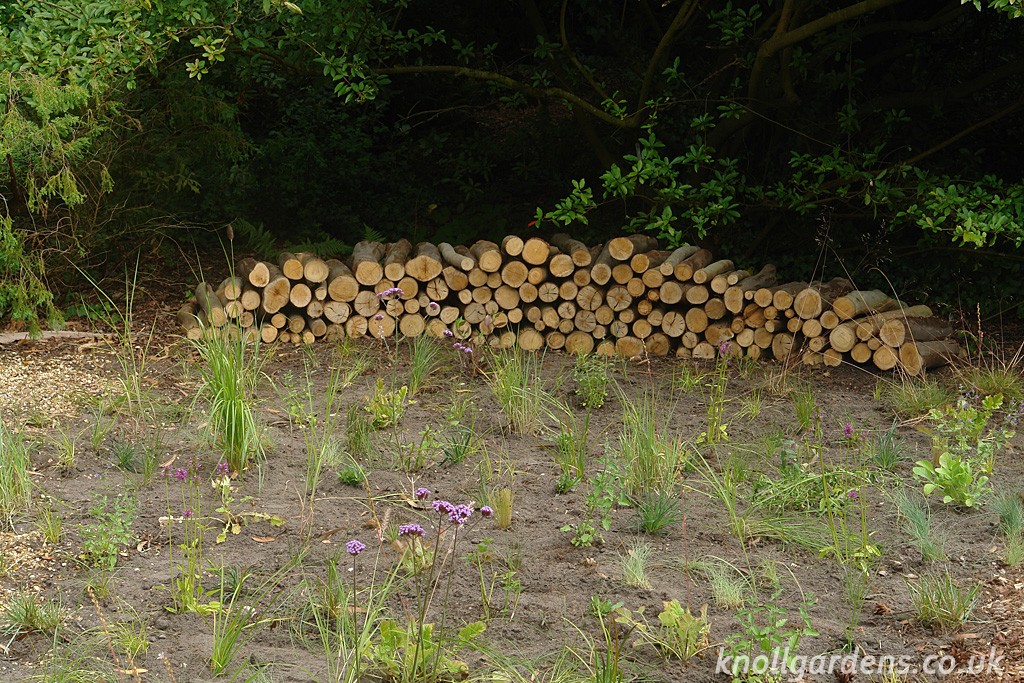