Size does matter! At least it does when you have limited space in a garden or planting scheme and you need the right sized plant that wont outgrow its welcome. 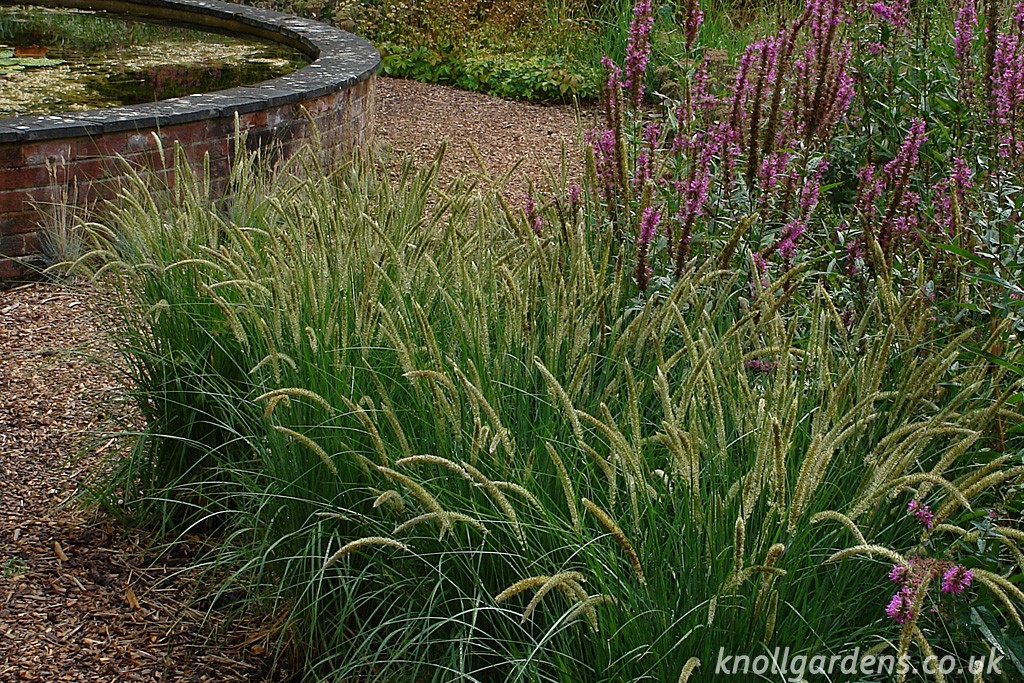 Take for example Pennisetum Short Stuff (above), a selection of the rather wonderful grass Pennisetum macrourum, and which was released by Knoll Gardens a few years back. Short Stuff first came to our attention as a single plant in a row of Pennisetum macrourum in our open ground stock field and subsequently spent some years on ‘trial’ before we felt happy to offer it for sale. As its name might suggest it is a much shorter more compact selection that flowers prolifically and reliably but doesnt get too big. Pennisetum macrourum itself of course is a wonderful grass who narrow flowers seem to fire upwards and outwards, reminiscent of a firework display, and is a great plant for this kind of effect where you have the space such as the New Glasshouse borders at RHS Wisley Gardens where the picture below was taken.

However the drawback to the full sized version is that not all schemes have the room to accommodate such an expansive grass but still require something that can provide a similar effect but on a more restrained scale. Cue Pennisetum Short Stuff! As you can see from the picture below showing part of the planting in our newly redesigned Dragon Garden, Short Stuff makes a perfect light and airy finish to the planting. Placed close to the path which would certainly not be very practical with the full sized version.
As with many compact forms Short Stuff will flower comparatively early and reliably in the season whereas in poorer light seasons Pennisetum macrourum might fail to flower at all.

Big is beautiful, but small can also be pretty nifty! 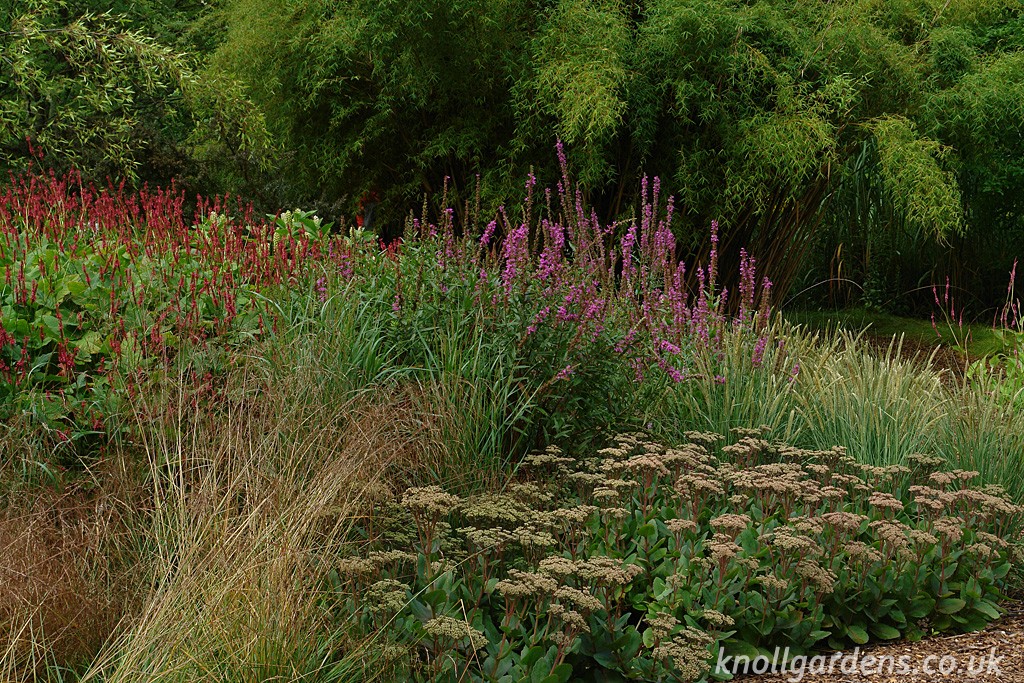