We do not set out to ‘breed’ new grasses as such but rather prefer to wait for new plants to show themselves from our garden plants or nursery crops as possibly something a little different. These plants are then selected for special treatment, are grown on, watched and trialled for some years to see if they are sufficiently different to be worthy of being kept as a new plant. These differences can be flower colour, early flowering, compactness and hardiness; all of which are essential attributes in a worthwhile new plant. Characteristics such as compactness and hardiness in particular can take some time to become clear so the whole process can easily take five years and frequently much longer from the time a plant is first identified as being possibly different to being offered for sale. 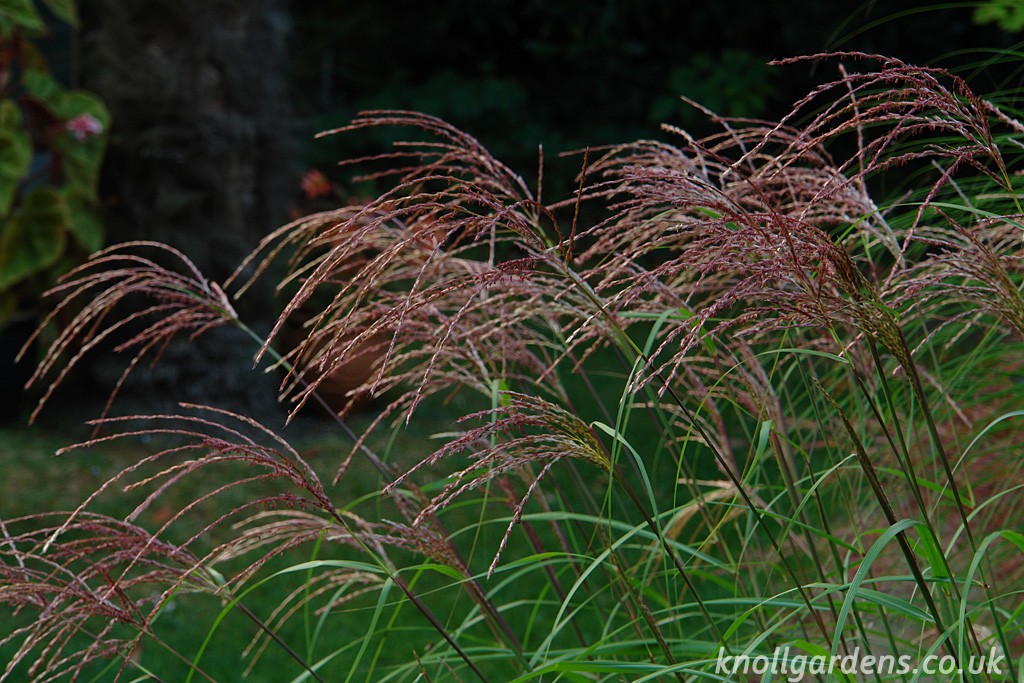 Miscanthus Cindy (above) and Pennisetum Dark Desire (below) are both plants that have come through this time consuming process and we are delighted to now be able to offer them to gardeners in the UK. 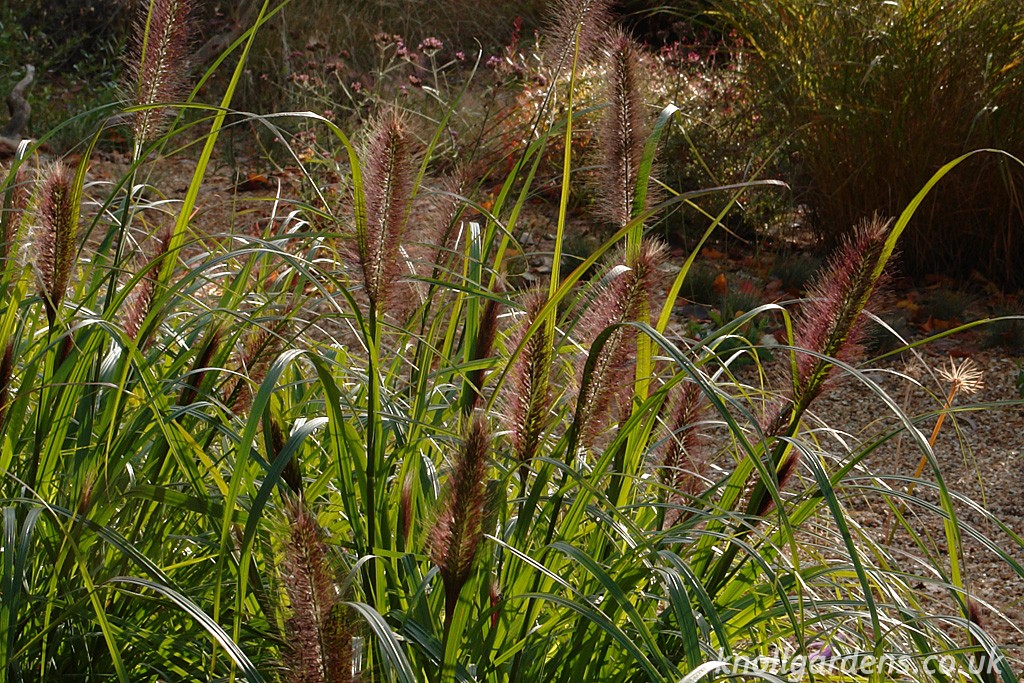 Pennisetum Dark Desire, as its name might suggest, has large cylindrical fluffy flowers that like all pennisetums are produced in the second half of the year from around July and continuing until the frosts. Dark Desire is a cultivar (a selected form) from the species Pennisetum alopecuroides which while a very beautiful plant of itself frquently fails to flower satisfactorily in our comparatively mild and damp UK climate. Luckily for gardeners in this country most of the cultivars do flower reliably and profusely so that we can enjoy the masses of enthusiastically produced flowers.

Like all pennisetums, which are also known as fountain grasses (see my earlier blog), they demand full sun and well drained soils to be at their best. Drought resistant and tough they also make ideal grasses for pots and containers but will need water as do all plants grown in containers.
The flowers when they first emerge are rather red but quickly turning to more smoky shades of dark greys, charcoals and to almost black. What I love about the fountain grasses in particular is that with the autumn dews the flowers seem to take on yet another quality as they catch the moisture and appear to swell in size. The effect is regular but transitory, and can be really magical. 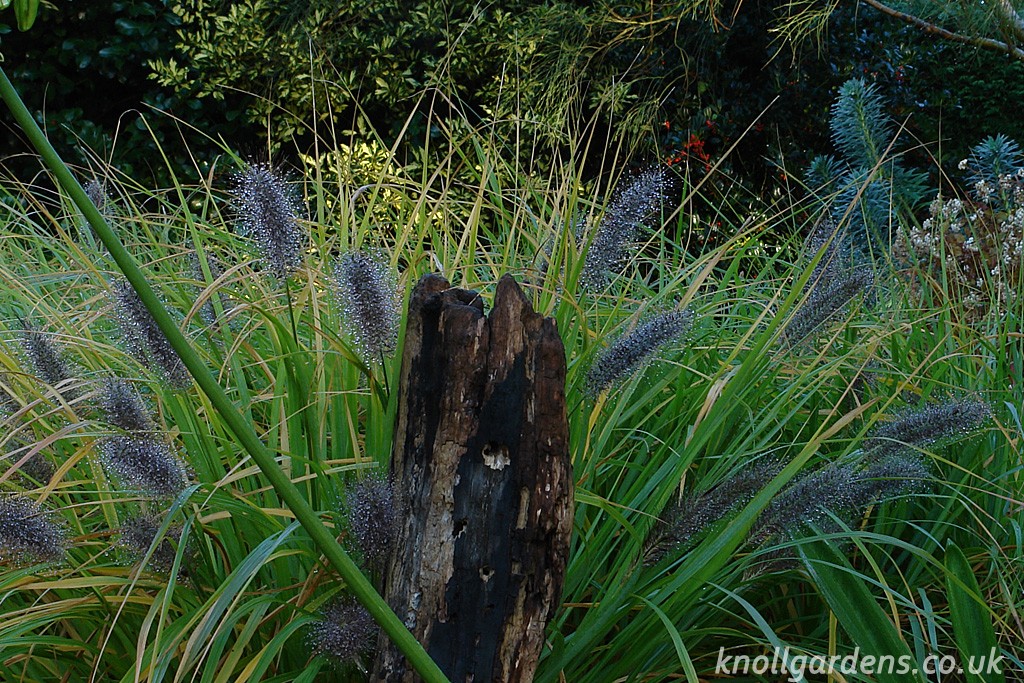 Miscanthus Cindy has been growing happily in my own private garden for a number of years where it has shown itself to be a fairly compact form and holds its delicate looking pinky red flowers clear of the foliage which has the effect of creating a delightfully light and airy effect. A good choice for smaller gardens where the larger forms of miscanthus such as Flamingo might be too large, but equally valuable for larger plantings as a mid to front rank plant that is light and airy in effect but is sufficiently solid a plant to hold the border together for the summer and on through the winter. Cindy prefers sunny open positions but, like most of the compact forms of miscanthus, is one less fussy than pennisetums about needing full sun and so can be convinced to do fairly well in light shade and north facing situations as long as long the shade is cast by buildings and not trees. 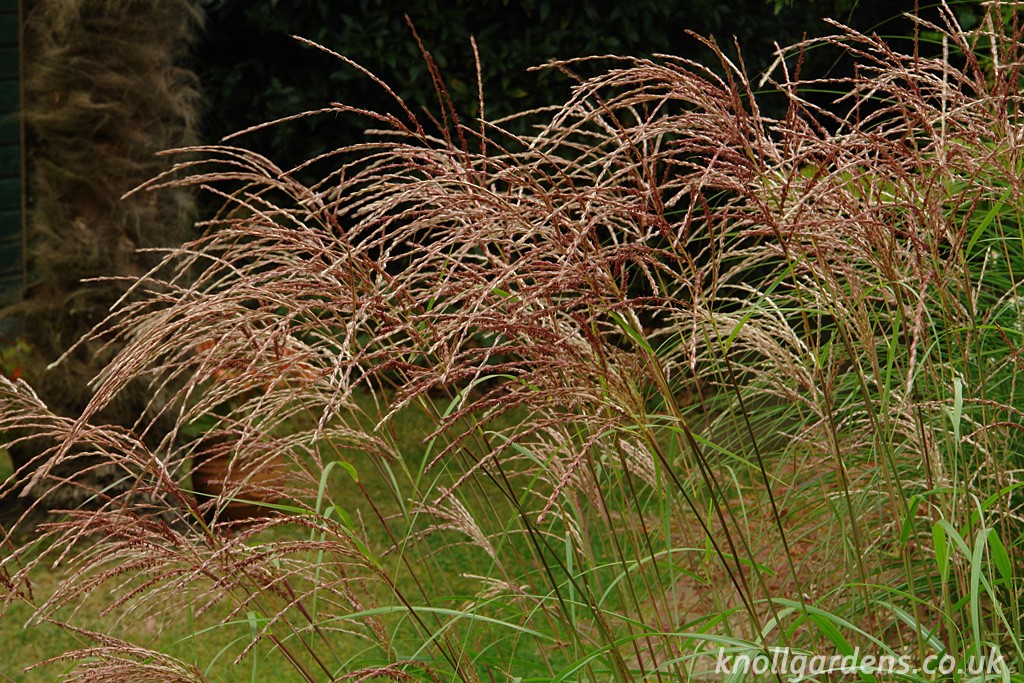 In common with all pennisetums and miscanthus, Cindy and Dark Desire are deciduous which means that while they look great in their winter garb of browns and beige, when spring arrives in around March to April, both are cut back to the ground to make way for the new seasons foliage. 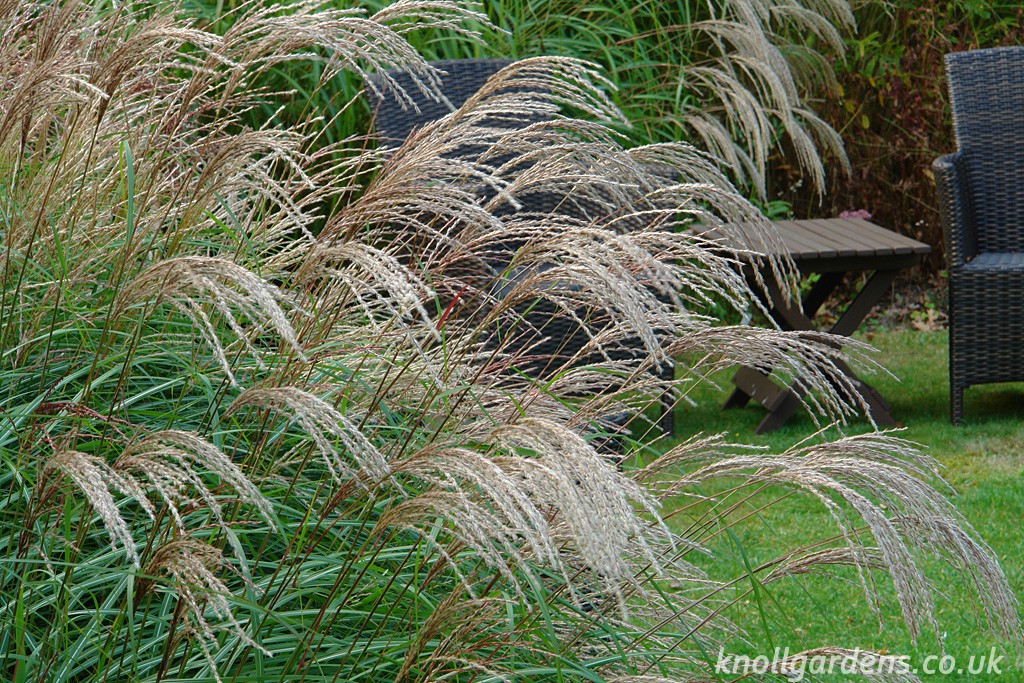