As the world famous Chelsea flower begins its week long celebration of plants and all things gardening, we are delighted to announce the launch of two new plants. One a grass and the other a perennial; Sesleria ‘Summer Skies’ and Stachys ‘White Lightning’. 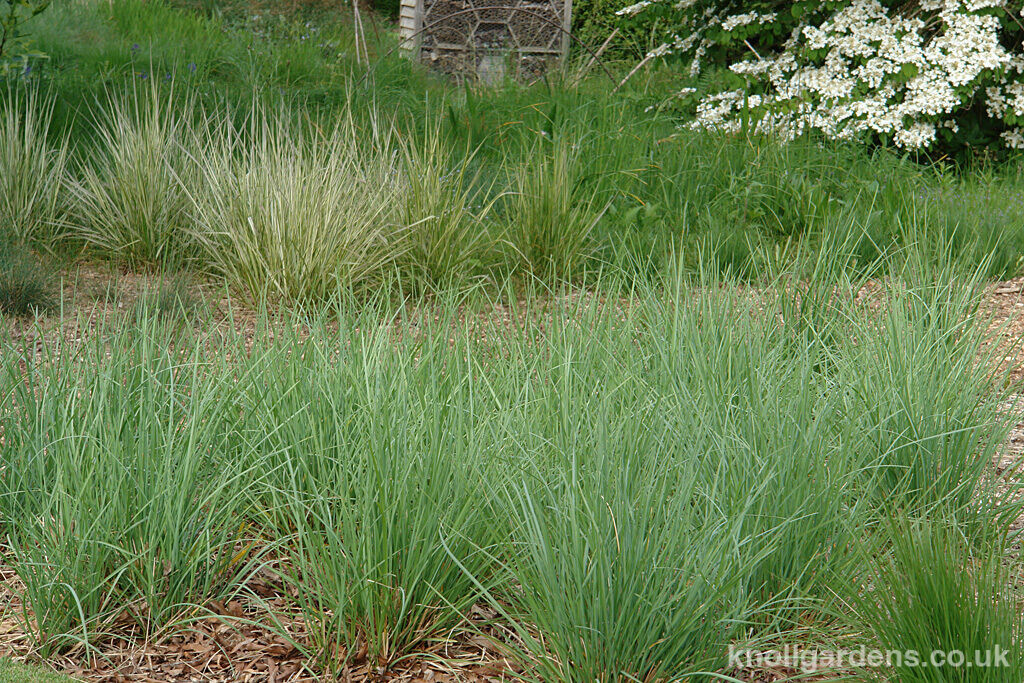 With its soft blue grey foliage and attractive creamy white flowers that are produced during summer, Sesleria Summer Skies offers a highly effective combination of both flower and foliage. Selected from a trial of sesleria seedlings undertaken at the nursery, Summer Skies quite possibly has Sesleria autumnalis and Sesleria nitida in its parentage.

Seslerias are generally green foliaged, so we are very pleased to be able to offer this distinctive blue grey leaved form. 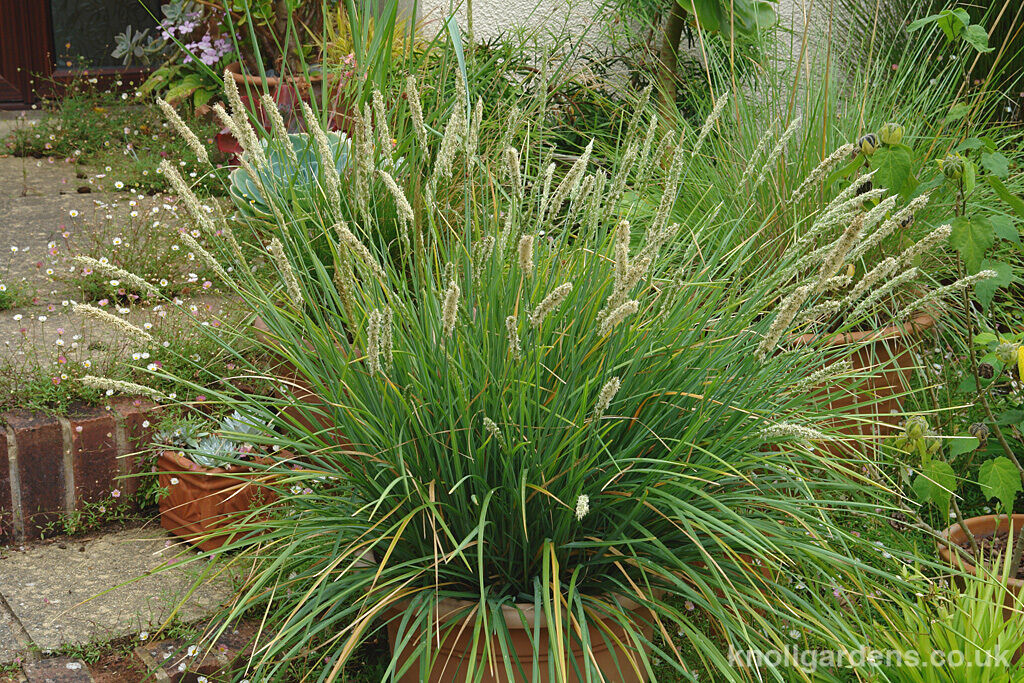 Summer Skies compact habit and slowly spreading mounds make it an excellent choice for use in informal drifts at the front of borders, as a matrix grass through which other plants can be grown, or as part of an informal meadow style planting. It is equally effective when used in containers, either as a specimen plant in a large pot or in roof garden troughs. 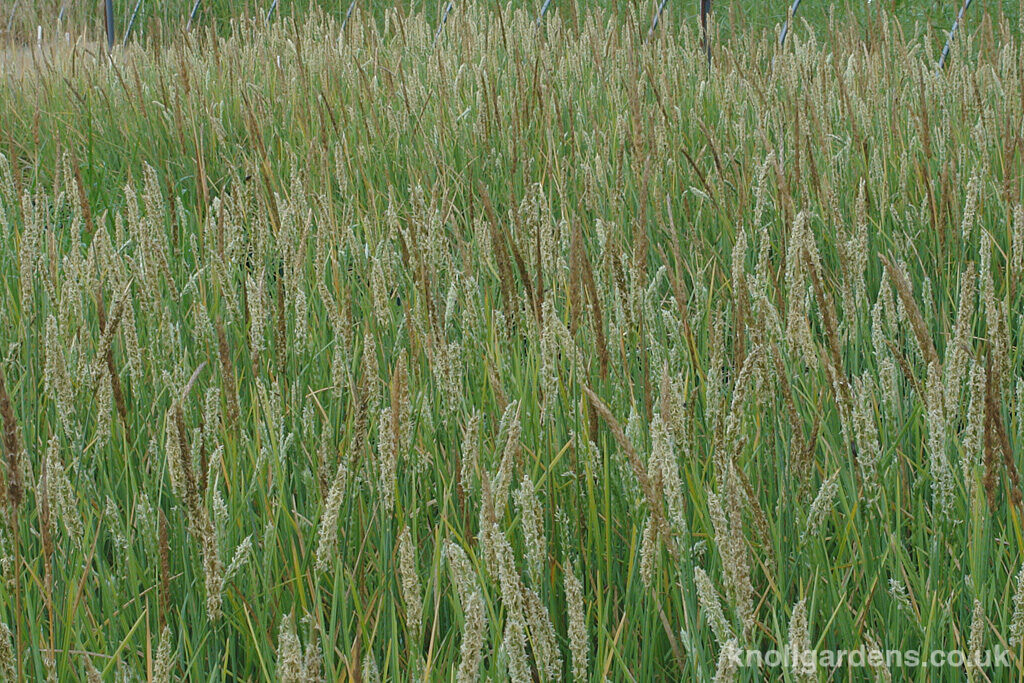 Best in sunny open positions where its foliage colour will intensify during dry periods. It is happy in most soils except wet. Height 40cm – 60cm.

Available from knollgardens.co.uk as 2 litre pots priced at £11.99 each plus delivery. 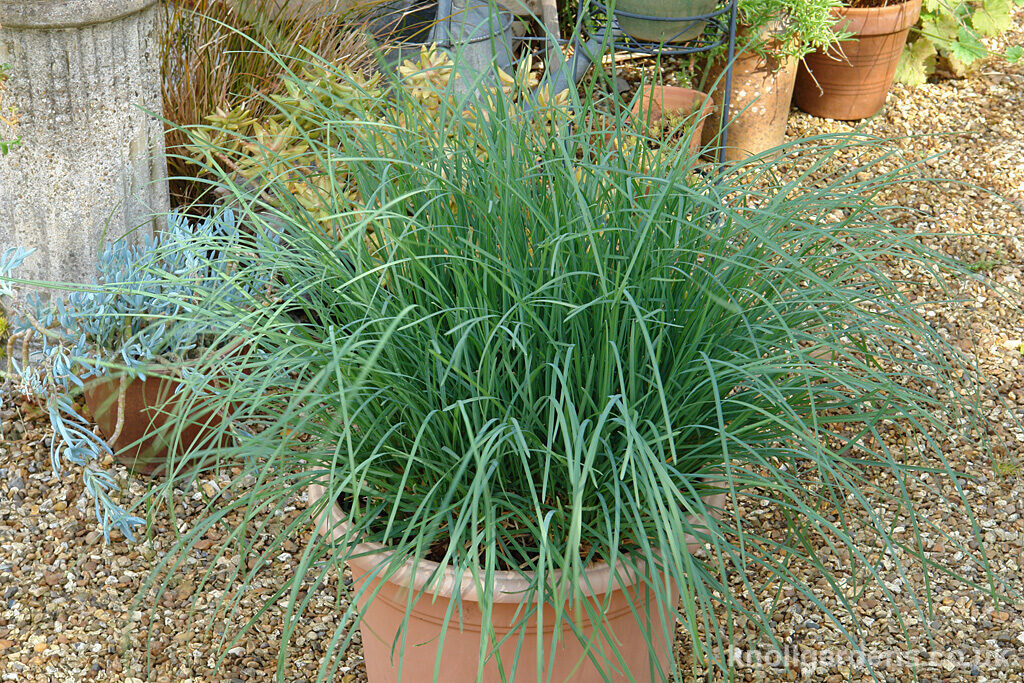 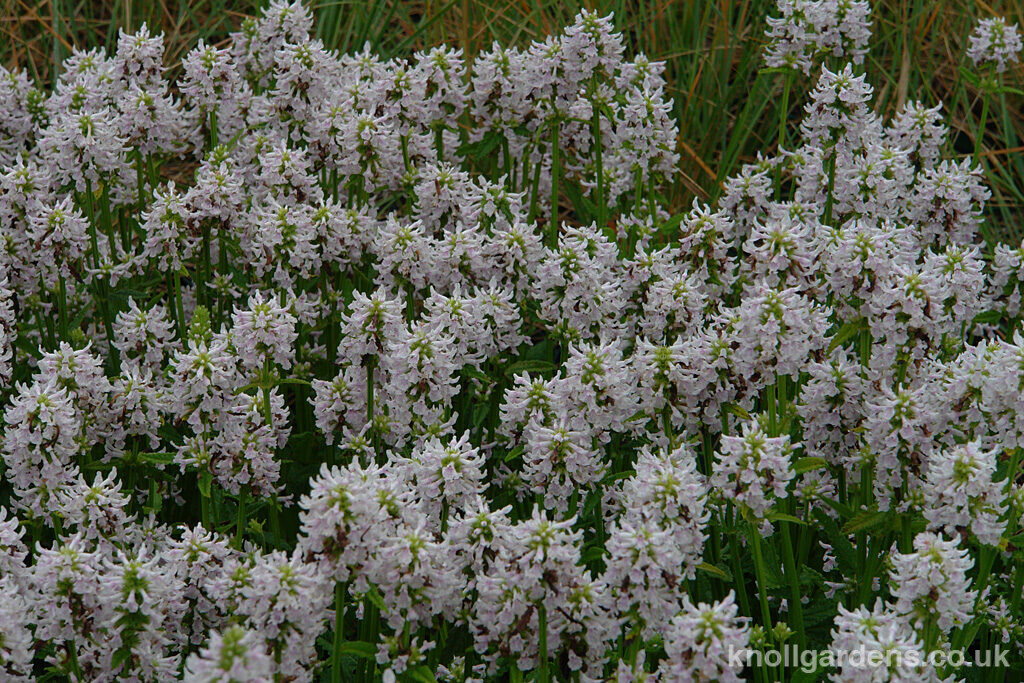 Named for its distinctive soft pinkish white flowers that are highlighted with purplish mauve streaking, White Lightning was spotted as a colour break amongst a crop of Stachys officinalis (now renamed Betonica officinalis), growing on the nursery. Stachys (Betonica), officinalis is a beautiful and adaptable U.K native perennial, and White Lightning appears to be as popular with pollinators as is the original species. 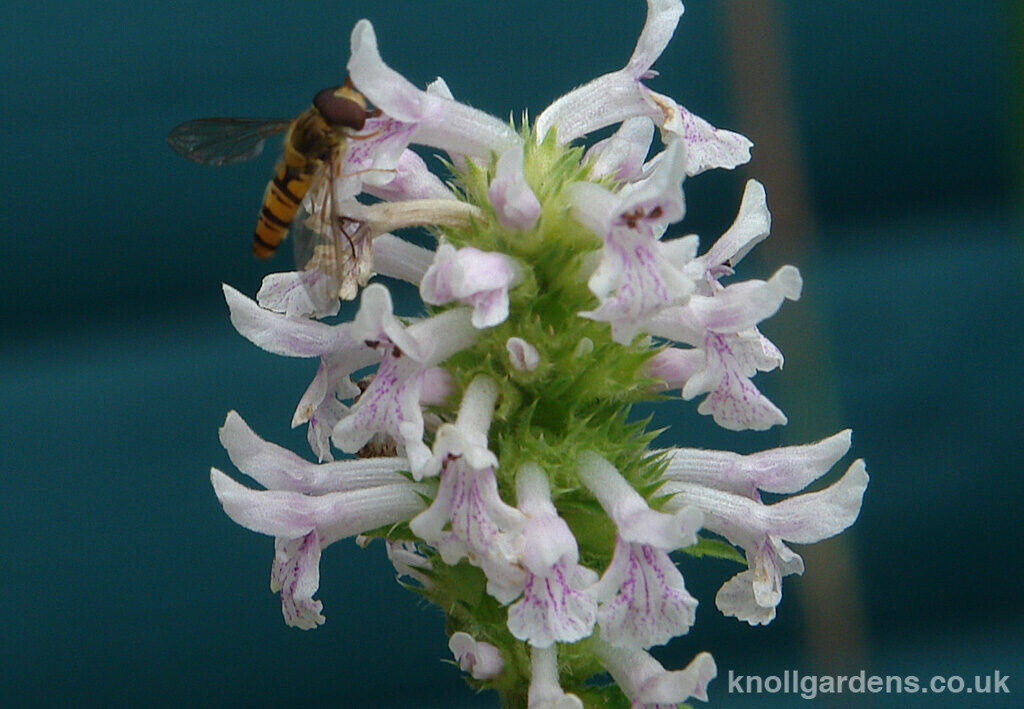 In the garden White Lightning associates well with many shorter grasses such as sesleria, deschampsia and festuca and can be used towards the front of a border in drifts, or as an accent amongst grasses as part of a stylised meadow planting.

Happy in sunny open conditions but may take some light shade and will tolerate a range of soils if not too winter wet. Height 40cm – 60cm.

Available from knollgardens.co.uk as 2 litre pots priced at £10.99 each plus delivery. 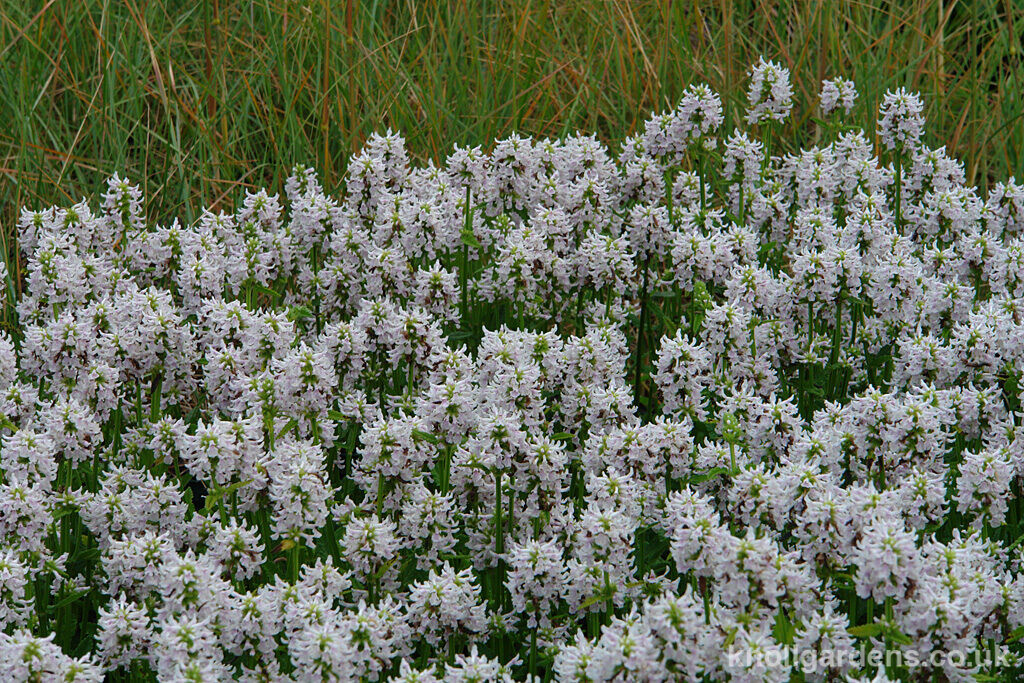